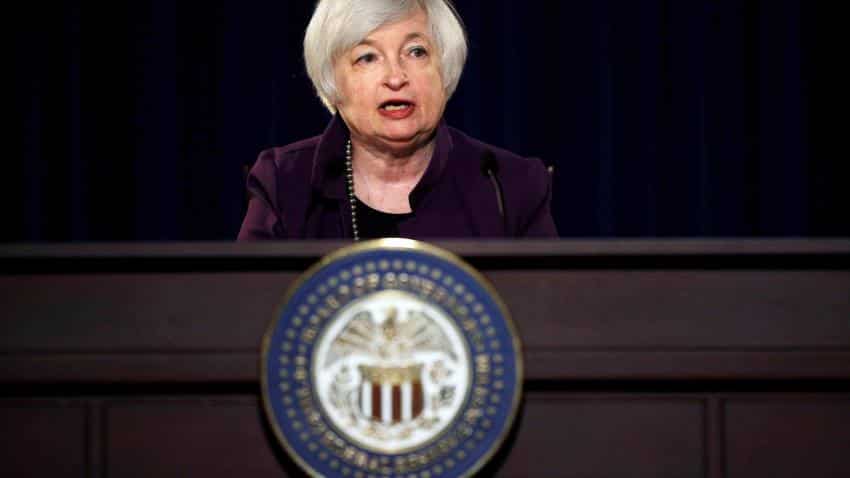 The greenback hit 1-week highs against the euro and yen and was last up 0.5 percent at $95.232 versus a basket of major currencies. Photo: Reuters
Written By: Reuters

European stocks advanced, however, while oil and Treasury prices came off highs as investors across asset classes parsed the details of Yellen`s presentation, markets` central focus of the week.

In her much-awaited speech during an international gathering of central bankers in Jackson Hole, Wyoming, Yellen did not indicate when the U.S. might hike rates, but her comments reinforced the view that such a move could come later this year. The Fed has policy meetings scheduled in September, November and December.

"The overall takeaway, not just from Yellen but for the week, is that all the Fed officials - the voter and no-voter alike - have all taken a hawkish bent. The only downside I see is that there are only three meetings left this year and time is running out. Given the Fed`s history, it`s difficult to see them hiking more than once this year."

The greenback hit 1-week highs against the euro and yen and was last up 0.5 percent at $95.232 versus a basket of major currencies.

Recent comments from other Fed officials have raised expectations of a U.S. rate hike this year, though markets are not fully pricing one in until 2017.

Euro zone government bond yields, including Germany`s 10-year bond, fell after Yellen remained vague on timing and were down overall on the day.

U.S. Treasuries extended price gains as investors saw the Fed as unlikely to raise rates at its September meeting, with yields on the 30-year bonds falling to 2.22 percent.