The renewed optimism over trade pushed market concerns about U.S. political risks into the background, a day after Democrat lawmakers said they will open an impeachment inquiry into President Donald Trump`s dealings with his Ukraine counterpart. 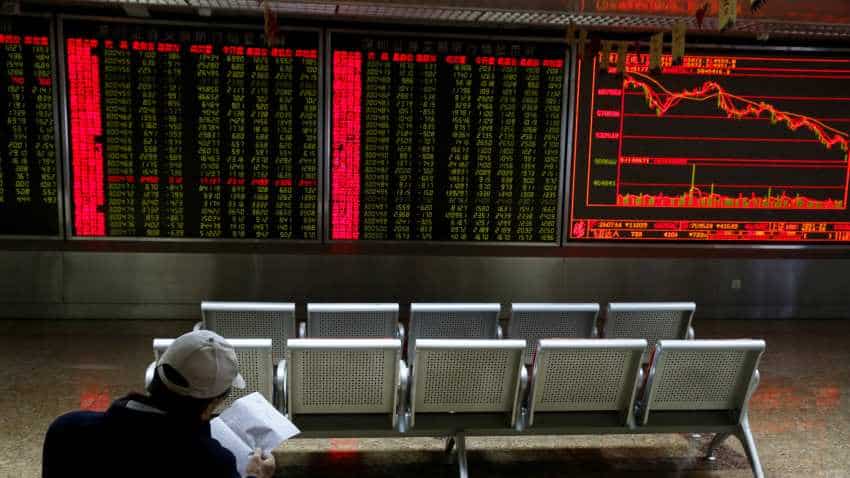 Lifting the investor mood, Trump said a deal to end a nearly 15-month trade war with China could happen sooner than people think, which would remove a huge risk to the global economic outlook. Image source: Reuters
Written By: Reuters
RELATED NEWS

Asian stocks edged up on Thursday as hopes the United States and China may soon end their year-long trade war boosted demand for riskier assets while worries about a US presidential impeachment bid ebbed. MSCI`s broadest index of Asia-Pacific shares outside Japan was up 0.1%. Japan`s Nikkei rose 0.45%. Australian shares were up 0.13%.

The renewed optimism over trade pushed market concerns about U.S. political risks into the background, a day after Democrat lawmakers said they will open an impeachment inquiry into President Donald Trump`s dealings with his Ukraine counterpart.

Lifting the investor mood, Trump said a deal to end a nearly 15-month trade war with China could happen sooner than people think, which would remove a huge risk to the global economic outlook.

Oil futures rose in Asia in a sign of cautious optimism about global economic prospects, but some investors warned that an end to trade friction is far from certain.

"Every time there is a hint of positive about trade talks markets rise," said William O`Loughlin, portfolio manager at Rivkin Asset Management in Sydney.

"It feels like the markets are looking to rally. It seems the markets haven`t caught on to the fact these headlines about trade bounce around from one day to the next."

US stock futures were down 0.08% early in Asia, following a 0.62% increase in the S&P 500 on Wednesday as shares of Nike Inc jumped after reporting better-than-expected earnings.

Trump on Wednesday also announced initial details of a trade deal with Japan, which would open up Japanese markets to $7 billion worth of U.S. products. Despite the progress in Japan trade, Sino-US talks remain the bigger concern for global investors.

The United States and China have been locked in a year-long dispute over Beijing`s trade practices that has slowed global growth and increased the risk of recession for some economies.

Analysts tempered their optimism over a resolution to the trade war because Trump`s public comments often send mixed signals.
Just on Tuesday, Trump sharply criticised China in a speech at the United Nations General Assembly, where he said he would not accept a "bad deal".

Stocks also got a lift after data showed that sales of new U.S. single-family homes rebounded more than expected in August.
Dallas Federal Reserve President Robert Kaplan said the odds of a recession in the next 12 months are relatively low, another reason for investors to shift more money into equities.

Meanwhile, earlier political worries eased as investors largely shrugging off the Democrats` decision to begin an impeachment inquiry into Trump. That came even as a summary of a telephone call showed the U.S. president asked Ukraine`s president to investigate a political rival.

Casting doubts over the likelihood of an impeachment is the majority held by Trump`s Republicans in the Senate, which can be used to quash any attempt to remove the president from office.

US crude ticked up 0.27% to $56.64 a barrel, while Brent crude rose to 0.29& $62.54 per barrel in a sign some investors anticipate higher demand for energy and fuel in the future due to stronger economic activity.

Treasury yields gave up some of their gains in Asia after rising in overnight trade. The yield on benchmark 10-year Treasury notes fell slightly to 1.7146%. The two-year yield fell to 1.6635%.