World has a new billionaire! It’s not Bill Gates anymore, who stayed for 18 years as the richest man on earth

Jeff Bezos ranking comes as a very special mark, because he has outrun Bill Gates who has stayed for more than two decades as the richest man on earth. 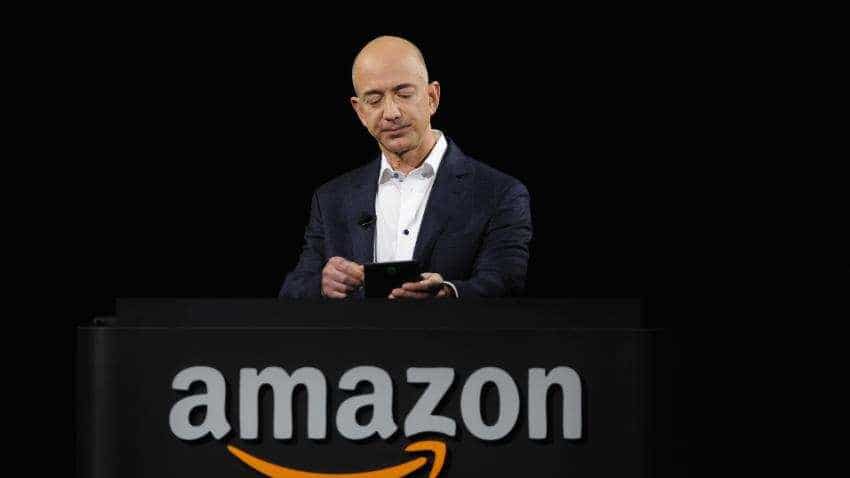 It’s a world of technology either be it e-commerce or social media app, almost everything need this one sector for their operations. This sector has made many billionaires as well, if you want to step into the world of corporate and have your own firm, technology can be a best bet. At least few people have managed to achieve greatness because of their skills in technology, they have stand out from traditional ways of doing business and are now known for their mastermind achievements. Things have changed dramatically, especially for principal founder of Microsoft. We all know Bill Gates he has been by far the longest richest man on earth. His intelligence through Microsoft made him kept going in the race, but now time is changing and this time it is e-commerce turn to show their power in the game of money. Guess what! The world has now found a new richest man on earth and it is US-based online retailer Amazon’s founder Jeff Bezos.

Jeff Bezos ranking comes as a very special mark, because he has outrunned Bill Gates who has stayed for more than two decades as the richest man on earth.

A recent Bloomberg Billionaire Index, has named Jeff Bezos as the richest man across world having net worth of $151 billion. Bezos earning rose by $51.5 billion year-to-date and the last change that was recorded was addition of $746 million.

What is interesting is that, Bezos overtakes Gates by higher margin somewhat $55.7 billion. That is a massive margin if we even compare the Warren Buffett and Mark Zuckerberg’s net worth differences which is around merely $0.2 billion. Even Buffet, is just $12 billions away in overtaking Gates in net worth.

Even Forbes has identified Bezos as richest man on earth, who has been naming Gates with the same title for about 22 years.

Here’s how Bezos changed the Gates tag of richest man on earth.

Jeffrey Preston ‘Jeff’ Bezos born January 12, 1964,  is a proud founder, chairman, CEO and president of Amejhnkcom board. He is a graduate from  Princeton University and founded Amazon in 1994.

Bezos started this largest e-commerce portal with his garage. His work in Amazon led him towards becoming a prominent dot-com entrepreneur and a billionaire.

Amazon has been actively operating as online store which sells books, movies, games, DVDs, music CDs, mobile phones, clothing, computer software and other accessories. According to Wikipedia, This is the largest continuous active store so far. Its original name was Kadabra.com, later its name was amazon.com. The name of the store is named after the world's second longest river .

Meanwhile, Gates who has been established Microsoft in 1975, held the positions of chairman, CEO and chief software architect, while also being the largest individual shareholder until May 2014. Microsoft under Gates leadership became the largest PC software company.

Later, he stepped down as chairman of Microsoft in February 2014 and assumed a new post as technology adviser to support the newly appointed CEO Satya Nadella.

Gates has been in the Forbes list of the wealthiest people since 1987. From 1995 to 2017, Gates had kept the title of richest person in the world all but four of those years, then he went ahead to once again bag the same position consistently from March 2014 to July 2017 with an estimated net worth of $89.9 billion as on October 2017.

Time changes from then, as Bezos with an estimated net worth of $90.6 billion began overtaking Gates positions. Since then Gates has remained as the second richest man following Bezos. Interesting fact is that, Bezos is looking impossible to beat by anyone in nearterm looking at his current net worth. Looks like Bezos may be another richest man successful story after Gates.

Currently, Amazon’s market valuation stands second in the world at $777.8 billion after Apple Inc who has a cap of $926.9 billion. Meanwhile, Microsoft stands at fourth place with a valuation of $750.6 billion.