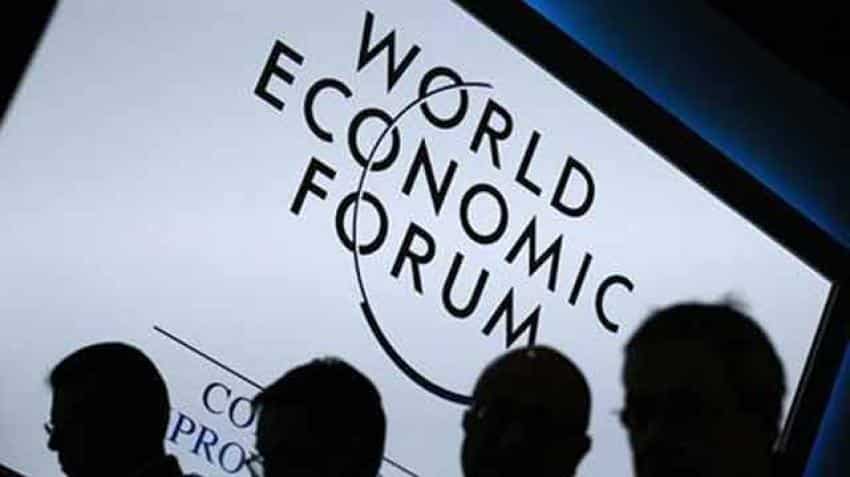 The IMF said global output is estimated to have grown by 3.7 per cent in 2017. Image source: Reuters

The world economy is gathering speed with growth forecast for 2018 and 2019 pegged at 3.9 per cent, the IMF said today but warned that the present economic momentum reflects a "confluence of factors" that is unlikely to last for long.

The pickup in growth has been broad based, with notable upside surprises in Europe and Asia.

Global growth forecast for 2018 and 2019 have been revised upward by 0.2 percentage point to 3.9 per cent. The revision reflects increased global growth momentum and the expected impact of the recently approved US tax policy changes, the IMF said.

However, Maurice Obstfeld, IMF Economic Counsellor and Director of Research briefing media on the key findings of the WEO update, had a word of caution.

"As the year 2018 begins, the world economy is gathering speed. This is good news. But political leaders and policymakers must stay mindful that the present economic momentum reflects a confluence of factors that is unlikely to last for long," he said.

"The global financial crisis may seem firmly behind us, but without prompt action to address structural growth impediments, enhance the inclusiveness of growth, and build policy buffers and resilience, the next downturn will come sooner and be harder to fight," Obstfeld said.

According to Obstfeld, the primary sources of GDP acceleration so far have been in Europe and Asia, with improved performance also in the US, Canada and some large emerging markets, notably Brazil and Russia, both of which shrank in 2016, and Turkey.

Much of this momentum will carry through into the near term. The recent US tax legislation will contribute noticeably to US growth over the next few years, largely because of the temporary exceptional investment incentives that it offers, he said.

This short-term growth boost will have positive, albeit short-lived, output spillovers for US trade partners, but will also likely widen the US current account deficit, strengthen the dollar, and affect international investment flows, the IMF official said.

"Trade is again growing faster than global income, driven in part by higher global investment, and commodity prices have moved up, benefiting those countries that depend on commodity exports," Obstfeld said.

In its WEO update, the IMF said the cyclical upswing underway since mid-2016 has continued to strengthen. Some 120 economies, accounting for three quarters of world GDP, have seen a pickup in growth in year-on-year terms in 2017, the broadest synchronised global growth upsurge since 2010, it said.

Among advanced economies, growth in the third quarter of 2017 was higher than projected in the fall, notably in Germany, Japan, Korea and the US.

High-frequency hard data and sentiment indicators point to a continuation of strong momentum in the fourth quarter.

"World trade has grown strongly in recent months, supported by a pickup in investment, particularly among advanced economies, and increased manufacturing output in Asia in the run up to the launch of new smartphone models. Purchasing managers' indices indicate firm manufacturing activity ahead, consistent with strong consumer confidence pointing to healthy final demand," the IMF said.

World could lose $4 trillion in economic output between now and 2026 - worth the size of German economy: IMF