Who will succeed 'Oracle of Omaha' Warren Buffett? And, why it's no easy deal!

During the annual meeting for the first quarter of 2019, Buffett revealed that Gregory Able age 57 and Ajit Jain age 67 both who were promoted last year can join him and Charlie Munger in future. 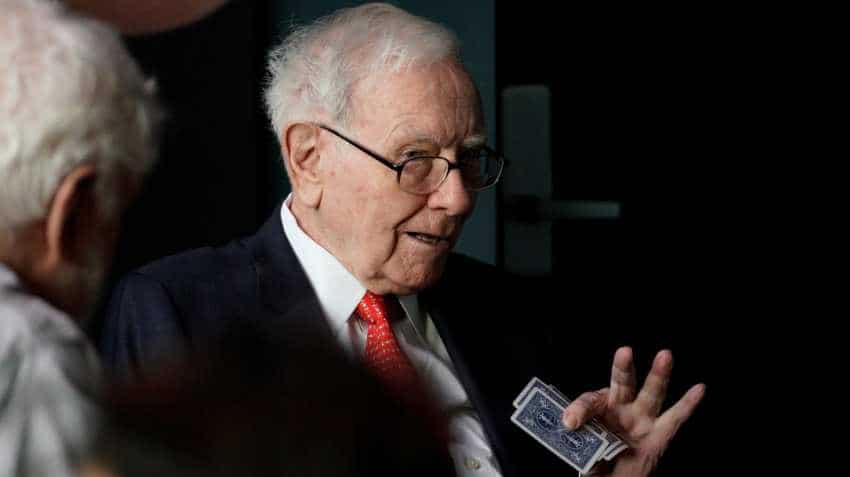 The Berkshire Hathaway rides on gains from investment in companies such as FMCG, banking, insurance and technology. Photo: Reuters

Even though there are no specific dates mentioned to when Warren Buffett will leave his decades-old Berkshire Hathaway, he has taken centre stage by hinting on two names of his successors. During the annual meeting for the first quarter of 2019, Buffett revealed that Gregory Able age 57 and Ajit Jain age 67 both who were promoted last year can join him and Charlie Munger in future. Since the media has been busted with host of names to who can potentially be a successor of Buffett. Some of the few names are Todd Combs, Ted Weschler currently handling Berkshire’s investments, and also Tracy Britt known as right-hand of Buffett for a decade now. Even Bill Gates has been seen as a darkhorse for Berkshire after Buffett. It is quite a big deal to wonder who will lead Berkshire after Buffett who has held the company since back in 1960s. Buffett is known to the world with many names such as equity king, philanthropist, but most popularly he is referred as ‘Wizard, Oracle or Sage’ of Omaha. Taking on Buffett’s legacy will be huge, although, it will be exciting to know how Berkshire’s investment in equities move ahead.

Buffett’s blunt behaviour and passion for capital markets, has made him the man he is right now. If Buffett says something, investors listen. On stock markets,  Buffett once said, “Be fearful, when others are greedy and greedy when others are fearful.” Also he says, “The stock market is a device for transferring money from the impatient to the patient.” These both quotes have played well for what Berkshire currently stands for. The Berkshire Hathaway rides on gains from investment in companies such as FMCG, banking, insurance and technology.

But what was eye catching is Berkshire’s investment in equities and gains from it during the current quarter. The company highlighted that, as on March 2019, cost for their investment in equities were at $102,899 million, with net unrealized gains would be $88,872 million but its actual  fair value would be a whopping $191,771 million.

Fair value means the worth of a stock during selling. It also represents, value of a company’s asset and liabilities on a consolidated basis.

From the above it is quite clear, Apple, Bank of America and American Express have been a real winner for Berkshire. Buffett through Berkshire holds 5.3%, 9.3% and 18% in these three companies respectively. He holds 9.5% and 9.3% in Well Cargo and The Coca-Cola.

Another best investment of Buffett through Berkshire is also in Kraft Heinz, where he holds 26.7%. In its annual report Berkshire said, “Currently, the most significant of these is our investment in the common stock of The Kraft Heinz Company (“Kraft Heinz”). Kraft Heinz is one of the world’s largest manufacturers and marketers of food and beverage products, including condiments and sauces, cheese and dairy, meals, meats, refreshment beverages, coffee and other grocery products.”

While latest one would be e-commerce giant Amazon who has finally been added in the books of Berkshire. In a Q&A session, Buffet told CNBC, “The people making the decision on Amazon are absolutely [as] much value investors as I was when I was looking around for all these things selling below working capital years ago. That has not changed.” Adding he says, “The considerations are identical when you buy Amazon versus ... say a bank stock that looks cheap against book value or earnings of some sort.”

Where does Berkshire stands now?

Being a part of a unique and not to forget successful mind, has its own charm and advantage. This is exactly what happened with Berkshire. The company’s investment is vast and extraordinary. The company owns GEICO, Duracell, Dairy Queen, BNSF, Lubrizol, Fruit of the Loom, Helzberg Diamonds, Long & Foster, FlightSafety International, Pampered Chef and NetJets. Major holdings are in Pilot Flying J and Kraft Heinz with stake of 38.6% and 26.75 respectively. Minority holdings in above mentioned five companies.

Interestingly, Berkshire is still not done with Pilot Flying J, as it has entered into an agreement to acquire in 2023 an additional 41.4% interest in Pilot Flying J with the Haslam family retaining a 20% interest. As a result, Berkshire will become the majority owner of Pilot Flying J in 2023.

Currently, Berkshire stands 5th highest company in terms of market capitalization on S&P 500. The company has the most expensive share price in history. It’s Class A share costs more than $300,000, making them highest priced shares on the New York Stock Exchange.

For several years, Berkshire had a common stock repurchase program, which permitted Berkshire to repurchase its Class A and Class B shares at prices no higher than a 20% premium over the book value of the shares. In fact, Berkshire’s Class A shares have never seen stock split and has only paid dividend since the time Buffett took over. This is because, Class A shares are more like long-term investment plan.

Holding Berkshire has also turned fruitful for Buffett. The ace investor stands at 4th rank in Bloomberg Billionaire index with wealth of $89.8 billion. So far in 2019, his wealth has jumped by $5.99 billion. The markets have opened, and as per the index as on March 06, 2019, Buffett’s net worth saw jump of $1.11 billion in 1 day.

Hence, who runs Berkshire further is one interesting thing to watch out for.