Warren Buffett''s wisdom in much demand at Berkshire annual meeting

Tens of thousands of shareholders of Berkshire Hathaway Inc will gather in Omaha this weekend to hear life advice from billionaire Warren Buffett, but they also will look for clues on what he plans to do with his company`s cash. 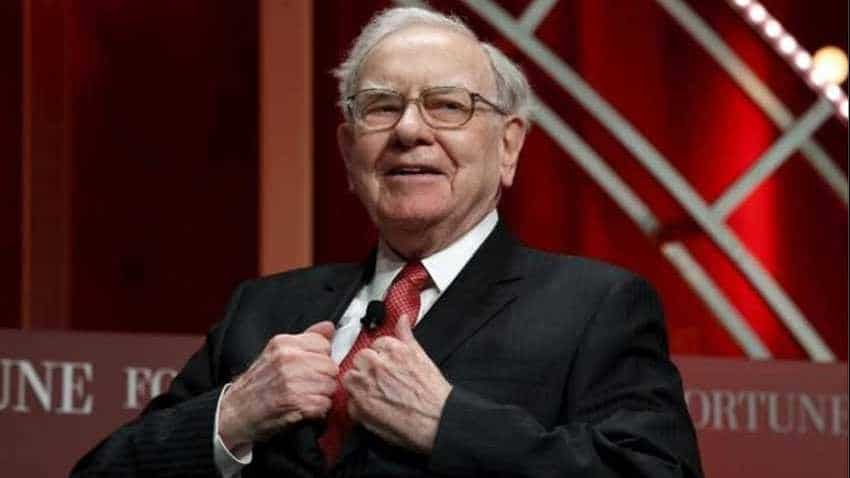 . Events are being held around the city, and people can buy mementoes such as postage stamps featuring Buffett and Munger. Reuters

Tens of thousands of shareholders of Berkshire Hathaway Inc will gather in Omaha this weekend to hear life advice from billionaire Warren Buffett, but they also will look for clues on what he plans to do with his company`s cash. The Berkshire chairman and chief executive officer and his long-time business partner, Vice Chairman Charlie Munger, will field questions for as many as six hours and also release the company`s quarterly earnings on Saturday. Berkshire owns companies across industries and countries, and it employs more than 389,000 people, making the results a barometer for the U.S. economy as well as a report card for one of the world`s most revered investors. Berkshire ended 2018 with nearly $112 billion of cash, some $92 billion more than the cushion Buffett said he needs.

The 88-year-old investor is struggling with the question, "how do I buy a business with the uncertainty that the multiples I`m paying today are sustainable five to seven years from now," said Mario Gabelli, chief executive of GAMCO Investors Inc, whose funds own Berkshire shares. Buffett will be asked questions by analysts and shareholders in the crowd, and his answers usually range widely, from the state of his businesses and corporate America to his feelings about politics. Berkshire`s major investment in Apple Inc will likely be a focus as will the company`s recently disclosed investments in Amazon.com Inc and its move to support Occidental Petroleum Corp`s bid for Anadarko Petroleum Corp.

He will also likely be asked about Berkshire`s stake in struggling Kraft Heinz Co, whose shares have been battered because it missed consumers’ shift toward foods seen as healthier or more natural. But the annual meeting is not all about business. Buffett`s career of investing success and down-to-earth public persona are both parts of the draw. Events are being held around the city, and people can buy mementoes such as postage stamps featuring Buffett and Munger or, for $8,950, a pair of 2 carat-weight diamond stud earrings from Berkshire`s Borsheim's jewelry unit.

On Friday, Buffett, holding a Cherry Coke, and Munger sat in a small wheeled cart for more than 20 minutes just inside the entrance of the CHI Health Center arena in downtown Omaha after doors opened, allowing dozens of photographers to snap photos. "It`s very difficult these days to come into a room and for six hours listen to two people answer questions rationally - that is such a thrill," said Lynn Mordan, a retiree from Park Ridge, Illinois, who is attending the meeting for the 20th straight year. "You want to be in the room. There`s a buzz about being in the room where you can say, I was there when Warren or Charlie said that. It`s a treat for us."