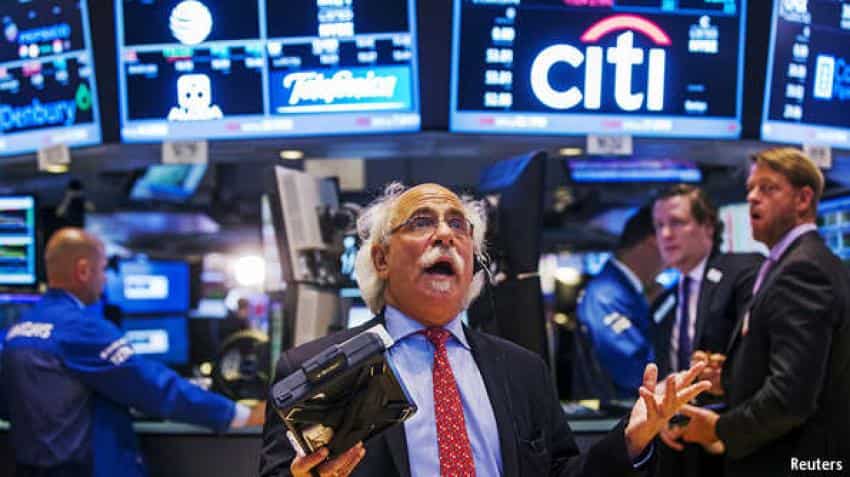 Wall Street shares plunged on Monday as investors fled technology stocks amid resurgent trade war worries, with key indexes trading below their 200-day moving averages and the S&P 500 closing below that pivotal technical level for the first time since Britain`s vote to leave the European Union in June 2016.

The first trading day of the second quarter began with a broad selloff concentrated in the technology and consumer discretionary sectors, as losses by Amazon.com , Tesla and Microsoft , among others, took center stage from retaliatory trade measures China unveiled on Sunday.

With the S&P 500 in a 10 percent correction from its record high in late January, investors were increasingly concerned a nine-year bull market might be in danger of ending.

"It’s more complicated than just a tech selloff. What`s hurting everything is that the S&P went through its 200-day moving average," said Brian Battle, director of trading at Performance Trust Capital Partners in Chicago. "That attracts momentum sellers and they don`t care what the fundamentals are."

Amazon.com was the biggest drag on the S&P 500, down 5.2 percent, as President Donald Trump continued his twitter attacks on the online retailer.

All 11 major sectors of the S&P 500 closed lower, with the biggest losses seen by the consumer discretionary and technology indexes, which were down 2.8 percent and 2.5 percent, respectively.

Shares of Tesla Inc ended the day down 5.1 percent after the company was reported to be making 2,000 Model 3s per week, missing its 2,500 target.

The electric automaker`s losses extend last week`s near 14-percent decline as investigations of a fatal California crash and a Moody's credit downgrade weighed on the stock.

Health insurer Humana Inc`s shares closed up 4.4 percent on news it was in talks with Walmart to expand their partnership or possibly be acquired by the retailer. Walmart stock fell 3.8 percent.

Declining issues outnumbered advancing ones on the NYSE by a 4.17-to-1 ratio; on Nasdaq, a 4.14-to-1 ratio favoured decliners.

Volume on U.S. exchanges was 7.71 billion shares, compared to the 7.29 billion average over the last 20 trading days.