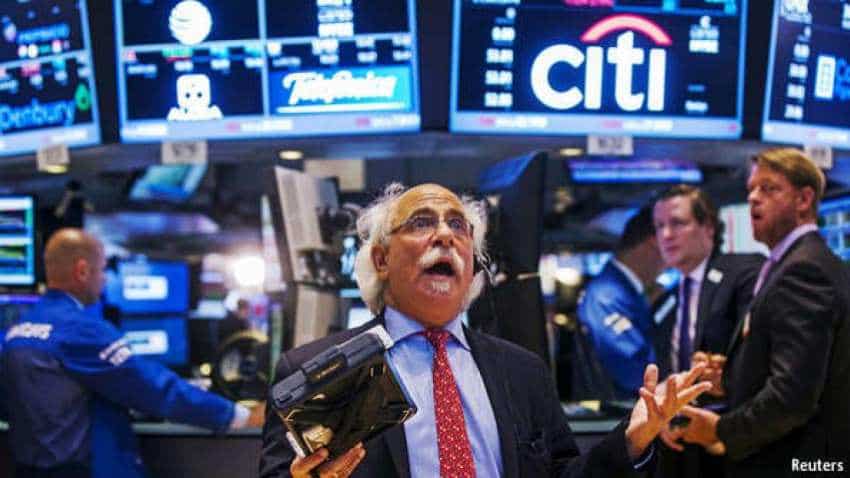 The US stocks declined on Monday as an unexpected drop in China's exports reignited worries of a global economic slowdown and prompted caution among investors as the corporate earnings season kicked off. Data showed that China's exports unexpectedly fell the most in two years in December and imports also contracted. The drop pointed to further weakening of the world`s second-largest economy and faltering global demand.

Chipmakers, which get a sizable portion of their revenue from China, took a hit, with the Philadelphia SE Semiconductor Index down 1.6 per cent. The technology sector's 0.9 per cent fall was the biggest drag on the S&P 500.

As worries over global growth have mounted, lofty expectations for US corporate growth have subsided. Analysts now estimate that S&P 500 earnings will grow 14.3 per cent year-over-year for the fourth quarter, whereas in October they forecast a 20.1-percent jump, according to IBES data from Refinitiv.

"It will be a big thing to see if the Chinese slowdown is real, or if it is an excuse for some companies not to hit the high growth seen last quarter," said Craig Birk, chief investment officer at Personal Capital in San Francisco. "If things are really slowing down, you`ll start to see it show up this quarter in earnings."

Apple Inc had pointed to slowing demand in China when it cut its revenue forecast on January 2. However, earnings season began on a positive note as Citigroup Inc beat profit estimates. The bank`s shares rose 4.0 percent and bolstered the S&P financial sector, which rose 0.7 per cent. JPMorgan Chase & Co and Wells Fargo & Co are set to report earnings on Tuesday. Adding to the downbeat mood on Monday, the partial government shutdown entered its 24th day, making it the longest shuttering of federal agencies in US history.

Shares of PG&E Corp plunged 52.4 percent after the U.S. power utility said it was preparing to file for Chapter 11 bankruptcy for all of its businesses.
Despite Monday`s drop, the S&P 500 has climbed nearly 10 percent from its Christmas Eve low as optimism over U.S.-China trade talks and expectations that the Fed will slow its pace of interest-rate hikes have driven a recent stock rally.

Declining issues outnumbered advancing ones on the NYSE by a 1.76-to-1 ratio; on Nasdaq, a 2.18-to-1 ratio favored decliners. The S&P 500 posted no new 52-week highs and one new low; the Nasdaq Composite recorded 18 new highs and 15 new lows. Volume on U.S. exchanges was 6.8 billion shares, compared to the 8.83 billion average over the last 20 trading days.