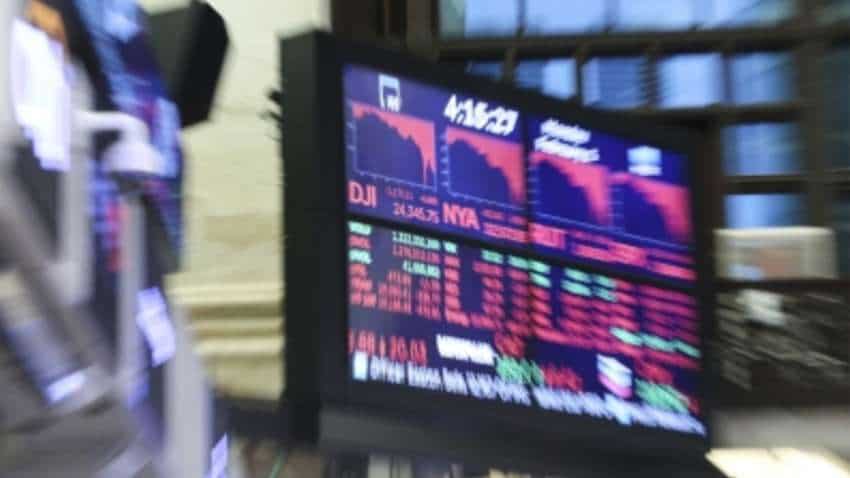 US retail sales sank 16.4 per cent in April, the Commerce Department reported on Friday, worse than forecasts of a 12 per cent drop. IANS photo.
Written By: IANS
RELATED NEWS

US equities declined in the past week as Wall Street tried to digest another slew of dismal data and Federal Reserve Chairman Jerome Powell's downbeat comments on the economy.

US retail sales sank 16.4 per cent in April, the Commerce Department reported on Friday, worse than forecasts of a 12 per cent drop.

It is the sharpest decrease in retail sales on record as the COVID-19 pandemic forced Americans to stay at home and many businesses to close.

"Due to recent events surrounding COVID-19, many businesses are operating on a limited capacity or have ceased operations completely," the department said in the report.

The latest retail sales data came one day after the Labor Department reported that nearly three million Americans had filed for jobless claims last week as the COVID-19 pandemic continued to sweep the nation.

US initial jobless claims totaled 2.981 million in the week ending May 9, the Department of Labor reported Thursday, following 3.176 million the prior week.

So far, the eight-week total of jobless people has surpassed a staggering 36 million, indicating the mounting damage to the US labor market as widespread "stay-at-home" orders and nonessential business closures had been implemented since mid-March, before restrictions were loosened in some areas just recently.

"The scope and speed of this downturn are without modern precedent, significantly worse than any recession since World War II," Powell said Wednesday in prepared remarks webcast by the Washington-based think tank Peterson Institute for International Economics.

The central bank chief said that while the economic response has been "both timely and appropriately large," it may not be the final chapter, given that the path ahead is both "highly uncertain" and subject to "significant downside risks."

Powell said more policy measures might be needed to support the recovery and avoid a prolonged recession.

"All recessions hurt the economy and society at-large, and it will take time to rebuild," Mitch Zacks, CEO at Zacks Investment Management, said in a note on Saturday.

As of Saturday afternoon, more than 1.46 million confirmed COVID-19 cases have been reported in the United States, with over 88,000 deaths, according to the Center for Systems Science and Engineering at Johns Hopkins University.

On other economic data, US Consumer Price Index (CPI) declined 0.8 per cent in April, the largest monthly decline since December 2008, the US Bureau of Labor Statistics reported Tuesday. The so-called core CPI, another closely watched measure of inflation that strips out food and energy, fell a record 0.4 per cent last month.

The preliminary reading of US consumer-sentiment survey edged up to 73.7 in May from 71.8 in April, the University of Michigan said Friday. Economists had forecast a small decline.