U.S. stocks rose in a broad-based rally on Friday as stronger-than-expected job growth in April coupled with muted wage gains left investors upbeat about the outlook for the economy and interest rates. 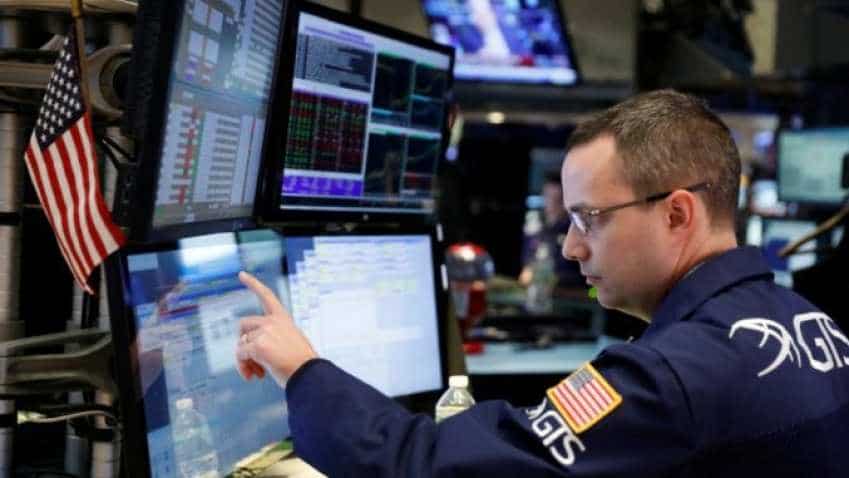 U.S. stocks rose in a broad-based rally on Friday as stronger-than-expected job growth in April coupled with muted wage gains left investors upbeat about the outlook for the economy and interest rates. The Nasdaq registered a record high close, while the S&P 500 ended just shy of a record high finish.
The Labor Department said employers added 263,000 jobs in April, which blew past expectations, and the unemployment rate dropped to 3.6 percent, the lowest level since December 1969. Average hourly earnings came in just shy of expectations, indicating muted inflationary pressure.

The data supports the Federal Reserve`s patient stance toward raising interest rates, which is a positive for stocks.
e continue to have stronger and stronger job growth, and it seems like there`s less and less inflation, which is really odd. You typically don`t see that, and basically what that signals to the market is that the Fed is on hold," said Jamie Cox, managing partner of Harris Financial Group in Richmond, Virginia.

"That could portend for better earnings in the future for companies." Boosting the S&P 500 and the Nasdaq, Amazon.com Inc rose 3.2%, after CNBC reported that Warren Buffett`s Berkshire Hathaway Inc has bought shares of the internet retailing giant for the first time. The consumer discretionary sector rose 1.5%, leading a rally among the 11 major S&P sectors.

With nearly 400 S&P 500 companies having reported quarterly results so far, three-quarters have topped profit estimates, according to Refinitiv data. The upbeat reports have turned around the S&P 500 earnings estimate for the first quarter to a rise of almost 1% compared with the 2% decline projected at the start of April.

Newell Brand Inc shares jumped 13.5% after the maker of Rubbermaid and other consumer goods exceeded Wall Street expectations for quarterly adjusted profit as it benefited from cost savings and higher pricing. Network gear-maker Arista Networks Inc tumbled 10.4% after it forecast weak current-quarter revenue, while Activision Blizzard Inc fell 4.8% after the videogame maker forecast current-quarter profit below expectations as it puts more money into its franchises to battle competition.

Advancing issues outnumbered declining ones on the NYSE by a 3.77-to-1 ratio; on Nasdaq, a 3.85-to-1 ratio favored advancers. The S&P 500 posted 36 new 52-week highs and two new lows; the Nasdaq Composite recorded 91 new highs and 30 new lows. Volume on U.S. exchanges was 6.47 billion shares, compared to the 6.62 billion average for the full session over the last 20 trading days.