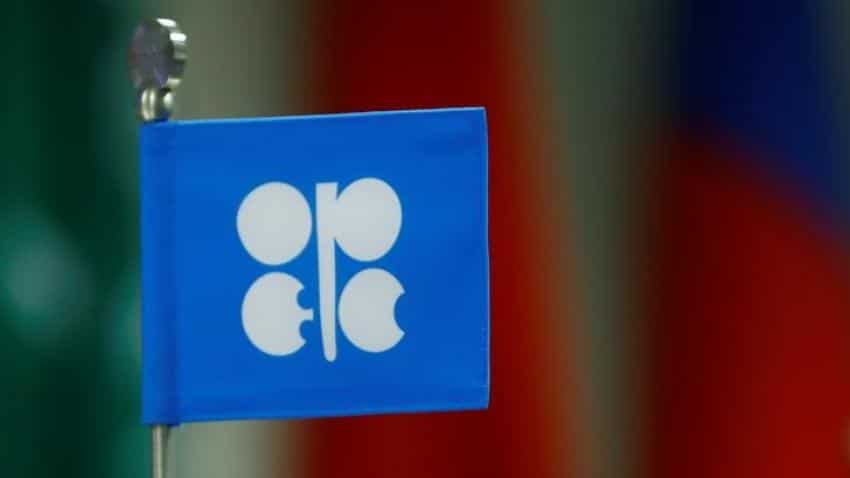 In global markets, Brent crude oil futures were stronger than WTI due to an effort by the Organization of the Petroleum Exporting Countries (OPEC) and a group of other producers. Image source: Reuters

US oil prices dipped on Monday, easing from two-year highs on the prospect of increased U.S. output, although global markets were slightly better supported by expectations an OPEC-led supply cut will be extended.

U.S. crude production has risen by 15 percent since mid-2016 to 9.66 million barrels per day (bpd), not far from top producers Russia and Saudi Arabia, and increasing drilling activity for new production means output is expected to grow further, traders said.

WTI touched a 2015 high on Friday at $59.05 a barrel, partly driven higher by the closure of the 590,000 bpd Keystone pipeline connecting Canada`s oil sand fields with the United States following a spill, which reduced stocks.

In global markets, Brent crude oil futures were stronger than WTI due to an effort by the Organization of the Petroleum Exporting Countries (OPEC) and a group of other producers, including Russia, to withhold 1.8 million bpd of output since January.

The deal to cut output expires in March 2018, but OPEC will meet on Nov. 30 to discuss its policy.

"With the OPEC meeting occurring this week, oil traders are expecting an extension to the production cuts," said William O`Loughlin, analyst at Rivkin Securities.

Russian Energy Minister Alexander Novak said on Friday that Russia would discuss the details of an extension on Nov. 30, but made no mention of how long this should last beyond its March expiry.

The uncertainty of how committed Russia is to ongoing cuts, as well as rising production in the United States, mean crude prices are being prevented from rising much further, traders said.

"There is plenty of room for disappointment ... Should the outcome of the next OPEC meeting fall short of expectations, the large net-long speculative position on oil futures can unwind, sending prices lower and volatility higher," BNP Paribas warned.

India will buy oil from wherever it wants, no one has told us not to buy from Russia: Petroleum minister Hardeep Singh Puri