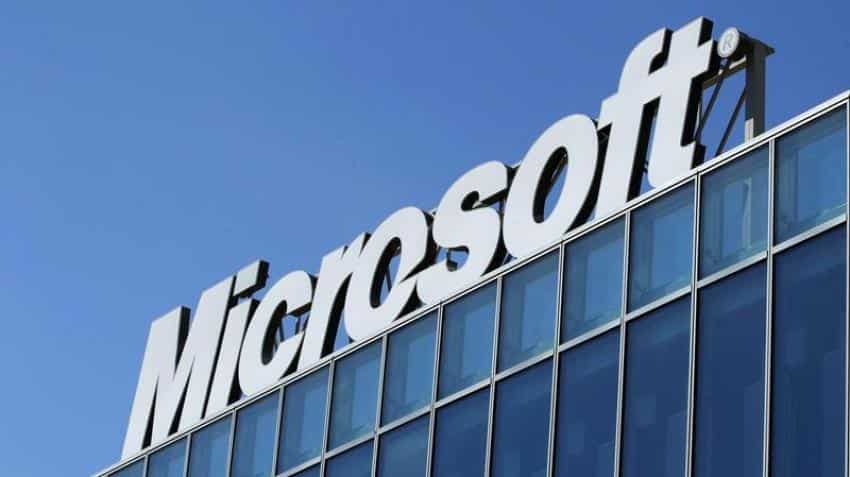 Microsoft and the Justice Department had been locked in a dispute over how U.S. prosecutors seek access to data held on overseas computer servers owned by American companies. Image source: Reuters
Written By: Reuters
RELATED NEWS

The U.S. government`s Supreme Court battle with Microsoft Corp over whether technology companies can be forced to hand over data stored overseas could be nearing its end, after federal prosecutors asked that the case be dismissed. President Donald Trump on March 22 signed a provision into law making it clear that U.S. judges can issue warrants for such data, while giving companies an avenue to object if the request conflicts with foreign law. "This case is now moot," the U.S. Department of Justice said, citing the newly passed legislation, in a 16-page court filing on Friday that requested the dismissal.

The Supreme Court on Feb. 27 heard arguments in the case, which had been one of the most closely watched of the high court`s current term. Some justices urged Congress to pass a law to resolve the matter.
Microsoft and the Justice Department had been locked in a dispute over how U.S. prosecutors seek access to data held on overseas computer servers owned by American companies. The case involved Microsoft`s challenge to a domestic warrant issued by a U.S. judge for emails stored on a Microsoft server in Dublin relating to a drug-trafficking investigation.

The bipartisan new law, known as the Cloud Act, was supported by Microsoft, other major technology companies and the Trump administration. But civil liberties groups opposed it, saying it lacked sufficient privacy protections.
Microsoft, which has 100 data centers in 40 countries, was the first American company to challenge a domestic search warrant seeking data held outside the United States. The Microsoft customer whose emails were sought told the company he was based in Ireland when he signed up for his account.
A representative for Microsoft did not immediately return requests for comment on the Justice Department`s filing.