U.S. President Donald Trump has claimed that China`s rise as an exporting powerhouse has hurt U.S. workers and since taking office he has ordered tariffs on more than $200 billion in Chinese imports. 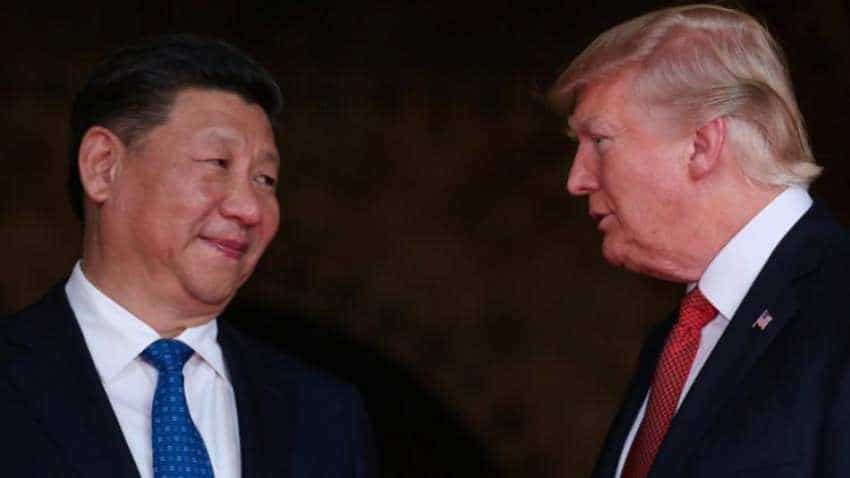 U.S. government on Wednesday refrained from naming China or any other trading partner as a currency manipulator, Image source: Reuters
Written By: Reuters
RELATED NEWS

The U.S. government on Wednesday refrained from naming China or any other trading partner as a currency manipulator, as it leans on import tariffs to try to cut a trade deficit with China.

In its semi-annual currency report, the U.S. Treasury Department said a recent depreciation of China`s yuan currency will likely exacerbate the U.S. trade deficit, but U.S. officials found Beijing appeared to be doing little to directly intervene in the currency`s value.

U.S. President Donald Trump has claimed that China`s rise as an exporting powerhouse has hurt U.S. workers and since taking office he has ordered tariffs on more than $200 billion in Chinese imports.

"Of particular concern are China`s lack of currency transparency and the recent weakness in its currency," said Treasury Secretary Steven Mnuchin.

Since the Treasury`s last currency report was issued on April 13, the yuan has fallen by more than 9.0 percent against the U.S. dollar.

In the last week, the currency has pushed closer to the key 7 to the dollar threshold, a level not breached since 2008. Some currency derivatives show market participants expect the yuan to weaken past that level within a year.

The Treasury noted reports that China was trying to counter some of the yuan depreciation and said China could bolster confidence in the yuan by engaging in more market-friendly reforms.

"Treasury is deeply disappointed that China continues to refrain from disclosing its foreign exchange intervention," the department said in its report.

It added that China should advance macroeconomic reforms that support greater household consumption growth and help rebalance the economy away from investment.

China`s multi-decade investment boom has helped make it the world`s factory and fueled a trade surplus in goods with the United States of $390 billion in the 12 months through June.

Some China experts have speculated that Beijing could use yuan devaluation as a weapon in a broader trade war with the United States.

The Treasury also said it has was keeping China, India, Japan, Germany, South Korea and Switzerland on a monitoring list for extra scrutiny.

The Treasury said it was concerned that South Korea stepped up interventions in currency markets that appeared "to have been for the purpose of slowing won appreciation against the dollar."

The Treasury said India was on course to be left off the list when it is next updated in six months. India was added in April after a burst in foreign exchange sales by the country`s central bank.