US federal shutdown at hand after fiscal hawk's dissent

At midnight on Thursday, funding authority for most federal agencies expired without any intervening action by Congress. 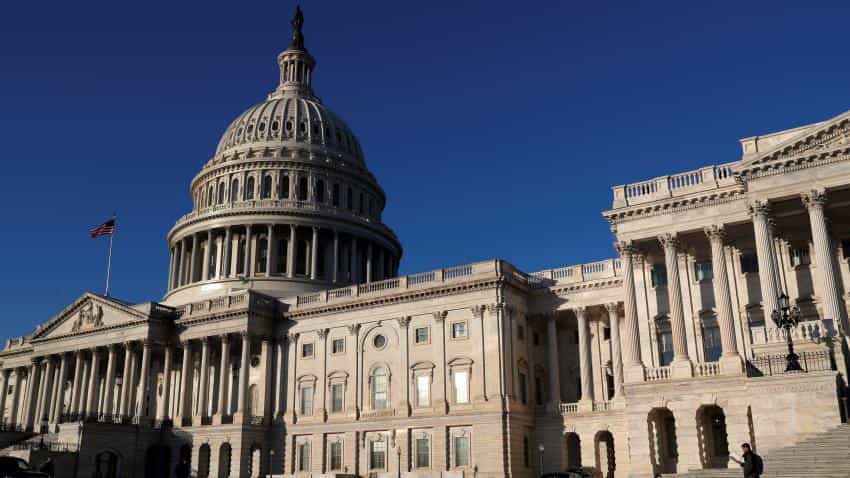 Indian Embassy asks US to address concerns of Indian students

Why Indian CEO Pradyumna Kumar Samal was arrested in the US

The US government staggered into another shutdown on Thursday night after an outspoken fiscal conservative in the Senate singlehandedly delayed action by Congress on a stopgap funding bill wrapped up in a massive budget deal.

At midnight on Thursday, funding authority for most federal agencies expired without any intervening action by Congress.

Missing the midnight deadline technically triggered a shutdown, but it could be brief. The Senate was expected to approve the stopgap bill and budget deal after 1 a.m. and send it to the House of Representatives. Lawmakers in that chamber were deeply divided along party line and passage was uncertain.

But House Republican leaders said the package would be approved, possibly before the start of the work day. If it is, there would be no practical interruption in federal government business. If it is not, the result would be an actual shutdown, the second of 2018, after a three-day shutdown in January.

The midnight deadline was missed because of a nine-hour, on-again, off-again Senate floor speech by Senator Rand Paul, who objected to $300 billion in deficit spending in the bill.

The unexpected turn of events in the Senate underscored the persistent inability of the Republican-controlled Congress and Republican President Donald Trump to deal effectively with Washington`s most basic fiscal obligations.

The White House`s Office of Management and Budget said earlier in the evening it was preparing for a shutdown if the stopgap bill did not win passage on time in Congress.

"The Office of Management and Budget is currently preparing for a lapse in appropriations," an OMB official said.

The U.S. Office of Personnel Management sent an email to federal government employees at 12:06 a.m. citing the expiry of funding and advising them to consult their agencies "for guidance on reporting for duty."

Paul, a Kentucky Republican, said the overall budget bill that includes the stopgap measure would "loot the Treasury."

"The reason I`m here tonight is to put people on the spot. I want them to feel uncomfortable," he said.

The Senate-crafted bill, backed by Trump, although he played little role in its drafting, would end for many months, at least beyond November`s midterm congressional elections, the fiscal policy squabbling that has consumed Congress for months.

But it would be costly to U.S. taxpayers and would further underscore a fundamental shift in Republican thinking that Paul was trying to draw attention to.

Once known as the party of fiscal conservatism, the Republicans and Trump approved a sweeping tax overhaul bill in December that will add an estimated $1.5 trillion to the national debt over 10 years.

The new budget bill would raise military and domestic spending by almost $300 billion over the next two years. With no offsets in the form of other spending cuts or new tax revenues, that additional spending would be financed by borrowed money.

"I ran for office because I was very critical of President Obama`s trillion-dollar deficits," Paul said.

"Now we have Republicans hand in hand with Democrats offering us trillion-dollar deficits. I can`t...in good faith, just look the other way because my party is now complicit in the deficits. Really who is to blame? Both parties," he said.

Paul voted for the deficit-financed tax bill in December.

The budget bill would not only stave off a shutdown, but would extend the government`s debt ceiling until March 2019.

The bill is opposed by House Democratic leader Nancy Pelosi because Republican House leaders will not guarantee her that they will allow a debate later on about taking steps to protect about 700,000 "Dreamer" immigrants from deportation.

The young people were brought illegally to the country as children years ago, mostly from Mexico.

Trump said last September he would end by March 5 a program set up by former Democratic President Barack Obama to protect the Dreamers from deportation, and urged Congress to act before then. Senate Republicans have pledged to hold a separate immigration debate this month.

Even without Pelosi, House passage of the budget bill was widely expected, because it includes more money for disaster relief, infrastructure and healthcare, which Democrats favor.

House Speaker Paul Ryan, who backs the bill, predicted the Republican-controlled House would pass it. "I think we will," he said in a radio interview. "It`s going to need bipartisan support. We are going to deliver our share of support."

Indian Embassy asks US to address concerns of Indian students

Why Indian CEO Pradyumna Kumar Samal was arrested in the US