After weeks of market volatility and calls by President Donald Trump for the Federal Reserve to stop raising interest rates, the U.S. central bank instead did it again, and stuck by a plan to keep withdrawing support from an economy it views as strong. 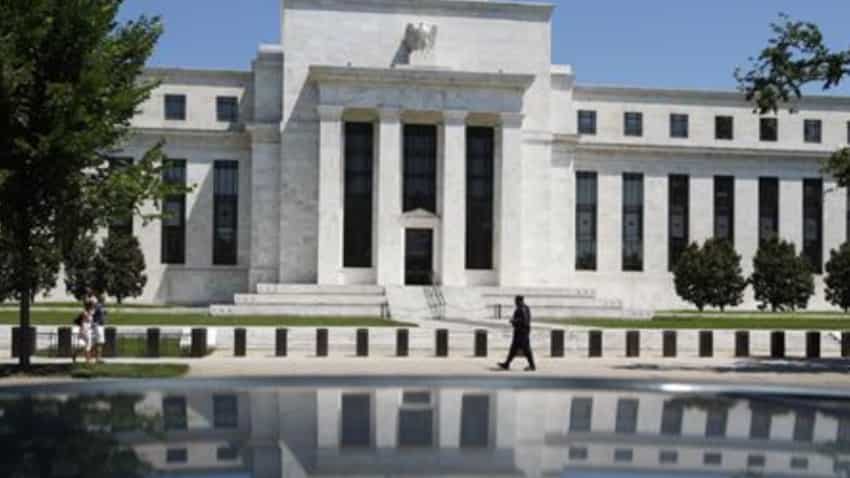 After weeks of market volatility and calls by President Donald Trump for the Federal Reserve to stop raising interest rates, the U.S. central bank instead did it again, and stuck by a plan to keep withdrawing support from an economy it views as strong. Wednesday`s rate increase, the fourth of the year, pushed the central bank`s key overnight lending rate to a range of 2.25 percent to 2.50 percent.

U.S. stocks and bond yields fell hard. With the Fed signalling "some further gradual" rate hikes and no break from cutting its massive bond portfolio, traders fretted that policymakers could choke off economic growth.  "Maybe they have already committed their policy error," said Fritz Folts, chief investment strategist at 3Edge Asset Management. "We would be in the camp that they have already raised rates too much."

Interest rate futures show traders are currently betting the Fed won`t raise rates at all next year.  In a news conference after the release of the policy statement, Fed Chairman Jerome Powell said the central bank would continue trimming its balance sheet by $50 billion each month, and left open the possibility that continued strong data could force it to raise rates to the point where they start to brake the economy`s momentum.

Powell did bow to what he called recent "softening" in global growth, tighter financial conditions, and expectations the U.S. economy will slow next year, and said that with inflation expected to remain a touch below the Fed`s 2 percent target next year, policymakers can be "patient." Fresh economic forecasts showed officials at the median now see only two more rate hikes next year compared to the three projected in September.

But another message was clear in the statement issued after the Fed`s last policy meeting of the year as well as in Powell`s comments: The U.S. economy continues to perform well and no longer needs the Fed`s support either through lower-than-normal interest rates or by maintaining of a massive balance sheet.

"Policy does not need to be accommodative," he said. In its statement, the Fed said risks to the economy were "roughly balanced" but that it would "continue to monitor global economic and financial developments and assess their implications for the economic outlook."

The Fed also made a widely expected technical adjustment, raising the rate it pays on banks` excess reserves by just 20 basis points to give it better control over the policy rate and keep it within the targeted range.

CHOPPY WATERS
The decision to raise borrowing costs again is likely to anger Trump, who has repeatedly attacked the central bank`s tightening this year as damaging to the economy. The Fed has been raising rates to reduce the boost that monetary policy gives to the economy, which is growing faster than what central bank policymakers view as a sustainable rate.

There are worries, however, that the economy could enter choppy waters next year as the fiscal boost from the Trump administration`s spending and $1.5 trillion tax cut package fades and the global economy slows. "I think that markets were looking for more in terms of the pause," said Jamie Cox, managing partner at Harris Financial Group in Richmond, Virginia.

"It`s not as dovish as expected, but I do believe the Fed will ultimately back off even further as we move into the new year." The benchmark S&P 500 index <.SPX> tumbled to a 15-month low, extending a streak of volatility that has dogged the market since late September. The index is down nearly 15 percent from its record high.

Benchmark 10-year Treasury yields fell as low as 2.75 percent, the lowest since April 4.

ECONOMIC PROJECTIONS
Fed policymakers` median forecast puts the federal funds rate at 3.1 percent at the end of 2020 and 2021, according to the projections.  That would leave borrowing costs just above policymakers` newly downgraded median view of a 2.8 percent neutral rate that neither brakes nor boosts a healthy economy, but still within the 2.5 percent to 3.5 percent range of Fed estimates for that rate.

Inflation, which hit the central bank`s 2 percent target this year, is expected to be 1.9 percent next year, a bit lower than the 2.0 percent forecast three months ago.  There were no dissents in the Fed`s policy decision.