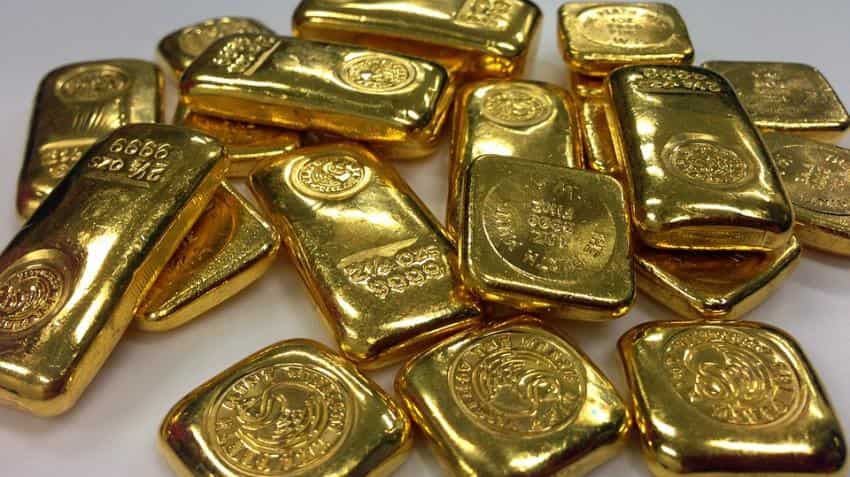 The US Federal Reserve and President-Elect Donald Trump are turning out to be bad news for gold prices globally. Photo: Pixabay

The US Federal Reserve and President-Elect Donald Trump are turning out to be bad news for gold prices globally.

As per investing.com, gold futures was trading at $1364.40 post Brexit. However, prices went into a continuous decline and is currently trading at under-$1170-level.

While, gold prices have plunged around 8% in Spot and around 7.8% in Comex. On the MCX, gold prices has also declined by more than 5% but depreciation in the Indian Rupee cushioned sharp fall in the commodity as compared to international markets.

Major reason for downturn was due to uncertainty surrounding the election results in the US, weak investment demand, crackdown by the government on high value notes, stronger dollar index.

Choice Broking Firm said, “Gold price will come under pressure by end of 2016 led by hopes on US Federal Reserve to hike its interest rates this month's meeting and recent growth policies of the Trump government.”

Investment demand dropped when compared to that of last month with a plunge in the SPDR gold holdings. Holdings have declined around 6.23 percent or 58.79 tonnes to 883.86 tonnes in November.

If that is the case, silver prices will also face the heat of gold prices.The gold/silver ratio has already witnessed some correction. The ratio has reached to one-year low to around 68 levels in beginning of Dec’16 from around 71 levels in the end of Oct’16.

The ratio measures the number of silver ounces needed to buy an ounce of gold.

Lastly, Choice Broking said, "However, rise in base metal prices will lead to upside in industrial activity and cushion sharp fall in the silver prices. White metal prices will get support due to constant surge in sales of silver coins which shows that demand for silver is rising."