The US Federal Reserve on Thursday left key interest rates unchanged, in line with market expectations, keeping the central bank on track to have one more rate hike in December. 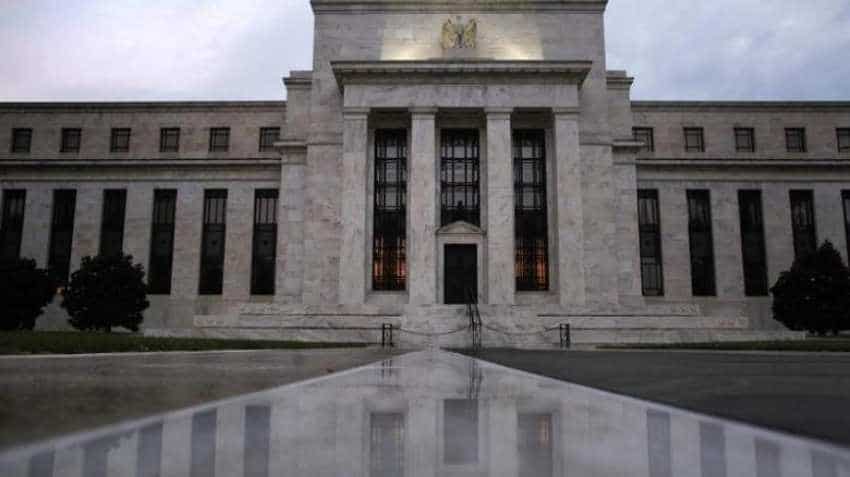 The US Federal Reserve on Thursday left key interest rates unchanged, in line with market expectations, keeping the central bank on track to have one more rate hike in December.

The Fed decided to maintain the target range for the federal funds rate at 2 to 2.25 per cent, the central bank said in a statement after concluding a two-day policy meeting, Xinhua news agency reported.

The Fed said the US labor market has continued to strengthen and the economic activity "has been rising at a strong rate" since its last policy meeting in September, when it raised rates for the third time of the year.

While household spending has continued to grow strongly, growth of business fixed investment "has moderated" from its rapid pace earlier in the year, the Fed noted, adding both overall inflation and so-called core inflation for items other than food and energy "remain near" the central bank`s target of 2 per cent.

The Fed`s meeting came after the Labor Department reported last week that the US economy added a larger-than-expected 250,000 jobs in October, with the unemployment rate unchanged at 3.7 per cent, the lowest level in almost five decades.

"Rapid economic growth continues to fuel a labor market that delivers the enviable combination of job growth, labor force growth, and now faster wage growth," Tim Duy, a professor of economics at the University of Oregon, wrote in a blog post last week.

"I think you can make an argument that we are at or beyond full employment with enough pressure on the economy that we see both faster wage growth and faster inflation," Duy said, believing that the central bank is on track to raise rates once more in December.

In its most recent forecast in September, the Fed envisioned one more rate hike in 2018 and three more in 2019. The central bank will hold its next policy meeting on December 18-19.

Jan Hatzius, Goldman Sachs`s chief economist, said in a recent note that US inflation "is on track for a meaningful overshoot" of the Fed`s 2 per cent target and the US economy really needs to slow to "avoid a dangerous overheating."

Some Fed officials also believed that US interest rates might have to rise high enough to prevent economic overheating, according to the minutes of the Fed`s September policy meeting released last month.

"A few participants expected that policy would need to become modestly restrictive for a time and a number judged that it would be necessary to temporarily raise the federal funds rate above their assessments of its longer-run level," said the minutes.

"We consider the best thinking, the best theory, and the best evidence... we don`t consider political factors or things like that," Powell told reporters at a press conference in September.