A year earlier, the jobless rate was 4.1 per cent and the number of unemployed persons was 6.6 million, as against 6.3 million in 2018. Attributing the job growth to Trump's policies, the Labour Secretary Alexander Acosta said the American economy surpassed 150 million jobs for the first time ever. 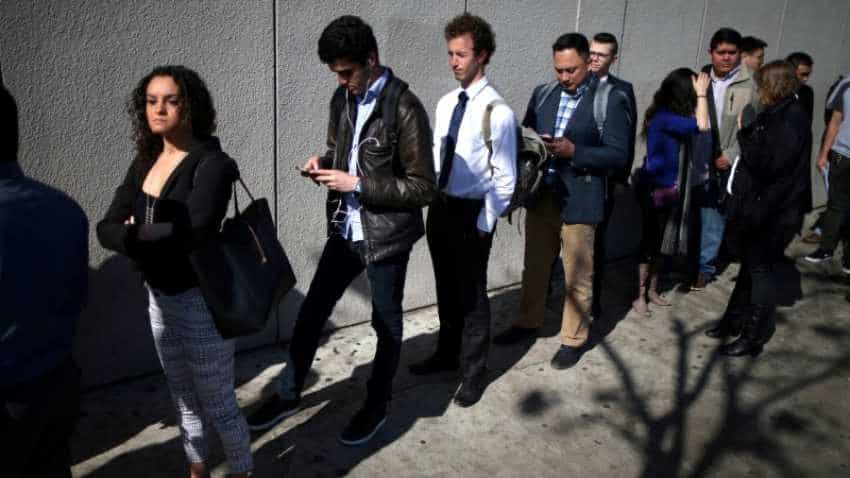 The US saw 312,000 new jobs being added to its economy in December 2018, according to an official employment report released Friday. "GREAT JOBS NUMBERS JUST ANNOUNCED!" President Donald Trump tweeted soon after the Bureau of Labour Statistics in its monthly employment report for December said that non-farm payroll employment increased by 312,000 in the country and the unemployment rate was at 3.9 per cent.

The unemployment rate rose by 0.2 percentage point to 3.9 per cent in December, but that was due to more workers joining the job hunt, the report said.

A year earlier, the jobless rate was 4.1 per cent and the number of unemployed persons was 6.6 million, as against 6.3 million in 2018.

"Waves of volatility have reverberated through markets amid fears of slowing economic growth around the world. Friday's payrolls numbers suggest a healthier US economy than some investors had anticipated," it said.

House Speaker Nancy Pelosi who is from the opposition Democratic Party said while the latest jobs report is a good thing, the advantages would slip away due to the ongoing partial government shutdown.

"The December jobs statement contains some positive news, yet these gains threaten to slip away because of the government shutdown. A staggering 800,000 hard-working Americans are at risk of losing their paychecks, because the President insists on senselessly holding the American people hostage to his unpopular, ineffective, immoral and expensive border wall," said Pelosi, who was elected the House Speaker on Thursday.

"While an encouraging indicator of our resilient economy, the final jobs report of 2018 comes as the economy shows unsure signs of its direction," House Majority Leader Steny H Hoyer said, adding that the Trump administration's economic policies are "taking a toll on small businesses, farmers, and working families".

Republican lawmakers attributed the job growth to the tax reforms undertaken by the Trump administration about a year ago.

"This is the 12th jobs report following the historic rewrite of our nation's tax code, and the trend remains the same: strong growth for America," the House Ways and Means Committee Ranking Member Kevin Brady said.

"This is what Republicans aimed for with the Tax Cuts and Jobs Act. This full year of major job and wage gains is worth celebrating. More importantly, this year of success for our workers needs to be built upon," he said.

Who was Ayman al-Zawahiri and why did America kill him?