US Cyber Monday sales jump 17% on pace for record 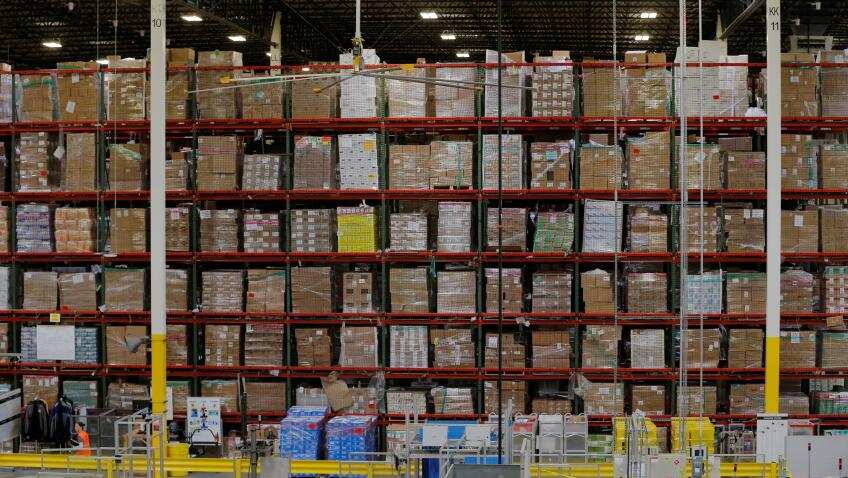 A worker walks past a stockpile of products inside of an Amazon fulfillment center in Robbinsville, New Jersey. Image source: Reuters

Cyber Monday was on track to become the biggest-ever internet shopping day in the United States as people snapped up bargains on toys and electronics, with many more buying from their phones.

The buying frenzy has gone on for the better part of a week. Amazon.com Inc said it broke sales records this weekend and was on pace to do so on Cyber Monday. Thanksgiving and Black Friday, during which shoppers spent $7.9 billion, according to Adobe, had also generated record online sales.

Online sales have brightened the overall outlook for traditional U.S. retailers that have expanded beyond brick-and-mortar. However, the availability of deals and promotions for weeks hurt foot traffic at stores.

The lengthening of the holiday shopping season has had another effect, too: many Cyber Monday promotions were run of the mill.

"It`s not as exciting as what the marketing makes it out to be," said Guru Hariharan, CEO of e-commerce software firm Boomerang Commerce, in Mountain View, California. "The majority of these `deals` have been around since early November, or late October."

Amazon came under criticism this year for marketing discounts off list prices it infrequently charges, so shoppers perceive their purchases to be bargains - an allegation it has denied.

According to an analysis by Boomerang Commerce, online retailers including Amazon were offering bigger savings for more of their most popular toys this year than last. Amazon said it sold 3 million toys halfway through Cyber Monday.

Top rival Wal-Mart Stores Inc is within striking distance of matching Amazon`s online prices for the first time, a key milestone in its effort to regain the "low price leader" title, data gathered for Reuters show.