US and China at impasse over trade, Larry Kudlow says new tariffs will remain

The United States and China appeared at a deadlock over trade negotiations on Sunday as Washington demanded promises of concrete changes to Chinese law and Beijing said it would not swallow any "bitter fruit" that harmed its interests. 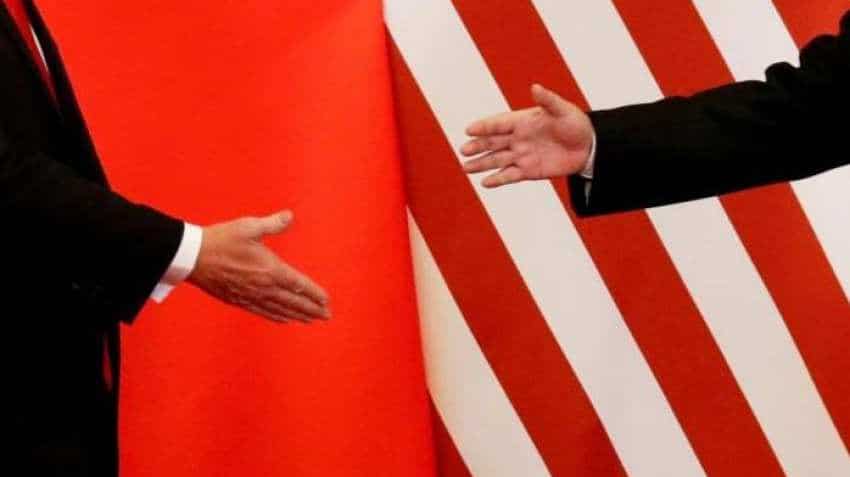 The trade war between the world`s top two economies escalated on Friday, with the United States hiking tariffs on $200 billion worth of Chinese goods. Image source: Reuters

The United States and China appeared at a deadlock over trade negotiations on Sunday as Washington demanded promises of concrete changes to Chinese law and Beijing said it would not swallow any "bitter fruit" that harmed its interests. The trade war between the world`s top two economies escalated on Friday, with the United States hiking tariffs on $200 billion worth of Chinese goods after President Donald Trump said Beijing `broke the deal` by reneging on earlier commitments made during months of negotiations.

White House economic adviser Larry Kudlow told Fox News on Sunday that the United States needs to see China agree to "very strong" enforcement provisions for an eventual deal and said the sticking point was Beijing`s reluctance to put agreed changes into law. He vowed the tariffs would remain in place while negotiations continue.

Beijing remained defiant, however. "At no time will China forfeit the country`s respect, and no one should expect China to swallow bitter fruit that harms its core interests," said a commentary, due for Monday publication, in the ruling Communist Party`s People`s Daily. It said Beijing`s doors were open to talks but it would not yield on important issues of principle.

Kudlow said there was a "strong possibility" that Trump will meet with Chinese President Xi Jinping at a G20 summit in Japan in late June. Until last week, there were expectations Trump and Xi would sign a trade deal at the summit. However, the trade talks suffered a major setback last week when China proposed extensive revisions to a draft agreement. It wanted to delete prior commitments that Chinese laws would be changed to enact new policies on issues from intellectual property protection to forced technology transfers.

`SOMETHING MUCH CLEARER`
Vice Premier Liu He, China`s top economic adviser, sought to defend the changes in talks with senior U.S. officials in Washington on Thursday and Friday, arguing that China could accomplish the policy changes through decrees issued by its State Council, or cabinet, sources familiar with the talks said.  But U.S. Trade Representative Robert Lighthizer rejected that, telling Liu that the United States was insisting on restoration of the previous text.

"We would like to see these corrections in an agreement which is codified by law in China, not just a State Council announcement. We need to see something much clearer. And until we do we have to keep our tariffs on," Kudlow said. China strongly opposes the latest U.S. tariff hike, and has to respond to that, Liu told reporters on Saturday.
Kudlow said on Sunday he expected retaliatory tariffs to kick in but that it had not happened yet. Trump has ordered Lighthizer to begin the process of imposing tariffs on all remaining imports from China, a move that would affect about an additional $300 billion worth of goods. Lighthizer said a final decision on that has not yet been made but it would come on top of the Friday tariff rate increase to 25% from 10% on $200 billion worth of Chinese imports.

Trump has claimed that China is paying for the tariffs but it is importers - usually U.S. companies or the U.S.-registered units of foreign companies - that have to pay. And U.S. farmers, a key constituency of Trump, have been among the hardest hit in the trade war, with soybean shipments to China dropping to a 16-year low in 2018.

Asked who was paying, Kudlow said on Sunday that "both sides will suffer on this," although he added that the U.S. economy should be able to cope. "We`re in terrific shape in order to correct 20 years plus of unfair trading practices with China ... I think this is a risk we should and can take without damaging our economy in any appreciable way," he said.