Grab and Didi formed an alliance with India ride-service start-up Ola and U.S. operator Lyft last year, and the Asian companies operate in what could be the next battlegrounds for Uber, said Jeremy Carlson, principal analyst in autonomous driving and mobility at IHS Markit. 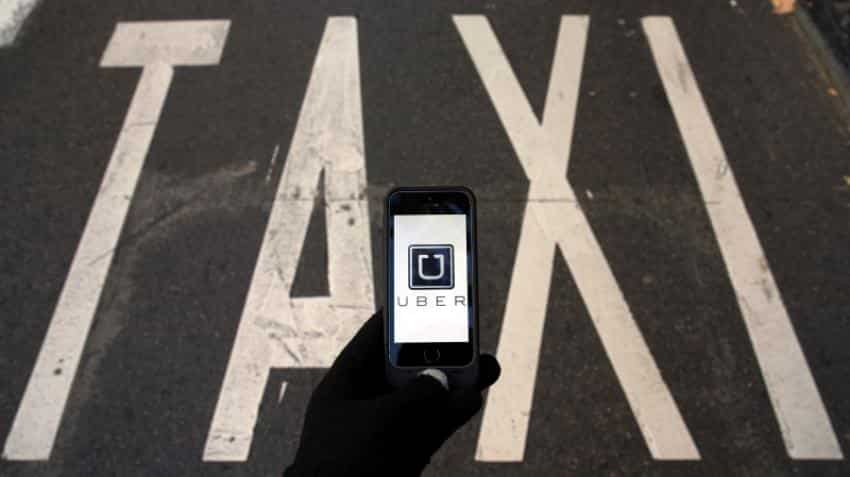 China ride-hailing service Didi Chuxing`s dominance of Uber Technologies in the China market may provide a playbook for regional rivals to fend off the biggest U.S. ride-hailing company, especially in Southeast Asia and India.

The two companies on Monday confirmed the sale of Uber China to its bigger rival, ending a two-year, money-losing effort to break into one of the world`s toughest markets. Uber leaves with around a one-fifth stake in Didi, but will give up control of its China operations.

Didi had a head start and maintained the lead on Uber with a strategy that other rivals may emulate, analysts and investors said.

Didi counts two of the most powerful, best capitalized Chinese Internet companies as backers; has tight connections with local government; made an ally of local taxi drivers and expanded into services such as buses that Uber ignored; and exploited its knowledge of local culture and consumers.

Among those closely watching Didi`s acquisition is Grab, the dominant Southeast Asia ride-hailing start-up that competes with Uber in countries including Singapore and Vietnam. Grab says it has 95 percent market share in third-party taxi-hailing services, while its private-car business has about half of the Southeast Asian market.

"Our investor and global partner Didi has effectively won the battle for market share dominance in China," Grab CEO Anthony Tan wrote in an August 1 memo to staff seen by Reuters. "We have seen that when the local champion stays true to their beliefs and strengths they can prevail," he wrote.

Grab and Didi formed an alliance with India ride-service start-up Ola and U.S. operator Lyft last year, and the Asian companies operate in what could be the next battlegrounds for Uber, said Jeremy Carlson, principal analyst in autonomous driving and mobility at IHS Markit.

"Grab knows very well what Didi is doing in China and is replicating that," such as offering transit options beyond personal car services, said Hans Tung, managing partner at GGV Capital, which has invested in both Grab and Didi.

Because China is a unique market - in population, regulatory complexity and concerns about foreign ownership of big companies - some lessons learned there may not transfer to other regions.

Still, Didi made moves that may serve as a guide for other Uber competitors on its way to building a juggernaut that gives customers more than 14 million rides each day.

"It`s an encouraging sign for local competitors that they can, in fact, compete and that local strategies are required for local markets," said Dane Anderson, a vice president at research firm Forrester. "For Southeast Asia, the key message they can take away is that they can compete with Uber and that Uber will have to prioritise as well."

Didi consolidated local competition, forming from a merger of China`s top two ride-hailing firms, and it had the backing of Internet companies Alibaba and Tencent.

Those connections enabled Didi customers to hail a ride and pay for it through Alipay, Alibaba`s payment system, and social media platform WeChat, owned by Tencent.

"Didi had a much bigger presence on China social media," said David Chao, general partner at DCM Ventures, which invests in China.

Uber eventually got backing from Chinese conglomerate Baidu , but by that time Didi had overtaken it.

"Uber joined the party a little too late," Chao said.

Didi also started its business focused on taxi-hailing, allowing it to overtake Uber China in its number of drivers, since Uber relied on privately owned cars in China, where vehicle ownership has historically been low. Didi has expanded to buses, chauffeurs and other services.

Other companies have played up their local knowledge. Ola recently acquired a local payments service Qarth, with connections to Indian banks, to expand the ways passengers can pay.

Uber has been criticized for launching in China in early 2014 without fully understanding the local culture, business dynamics and consumers, such as its focus on private cars.

"Uber was trying to import some of those ideas that might have worked well in other markets and adapt and move that stuff and apply it to China," said IHS Markit`s Carlson.

In Indonesia, a country of 250 million people, it faced similar hiccups. Uber angered Jakarta`s governor last year by rushing to announce it had approval to operate in the capital, denied by the governor at the time.

Still, Uber`s loss in China could make it a greater threat elsewhere, as it focuses its efforts and money. The billions of dollars it was spending to compete in China can now be aimed at other markets.

"Our engineering efforts are going to be deployed to India and Southeast Asia. Manik Gupta, (Uber`s head of maps) was in India recently, we`re going to be making that product better," said a person close to Uber, who didn`t want to be named.

"With the deal in China, we expect Uber to turn more attention and divert resources to our region," Grab`s Tan warned in his memo.