Twitter and Facebook have disabled a Donald Trump campaign video over copyright violations that slammed "radical leftwing groups" for the protests across the US. 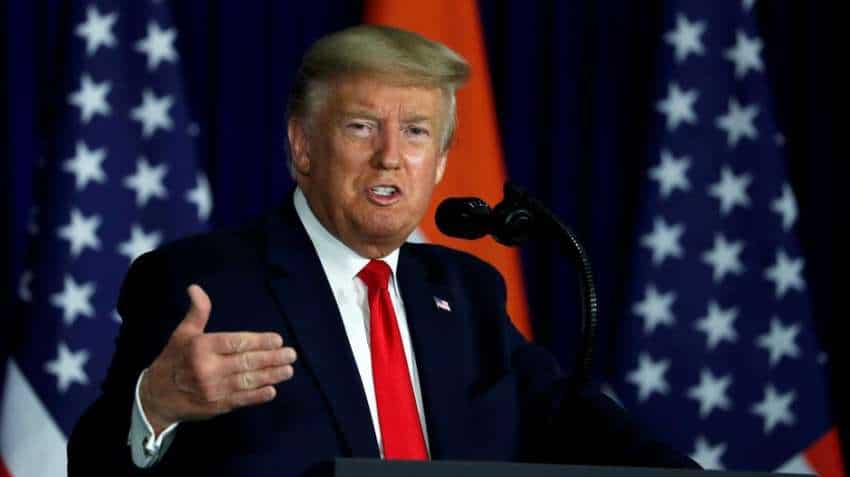 Twitter and Facebook have disabled a Donald Trump campaign video over copyright violations that slammed "radical leftwing groups" for the protests across the US. The video posted from @TeamTrump and @TrumpWarRoom accounts was a four-minute tribute to African American George Floyd who died in Minneapolis after a police officer pressed his knee into Floyd`s neck for nearly nine minutes.

"As per our copyright policy, we respond to valid copyright complaints sent to us by a copyright owner or their authorized representatives," a Twitter spokesperson said in a statement on Friday.

The Trump campaign hit back, accusing Twitter and its CEO Jack Dorsey of "censoring" Trump`s "uplifting and unifying message."

A Facebook spokesperson said that they "received a copyright complaint from the creator under the Digital Millennium Copyright Act and have removed the post".

The Trump campaign later tweeted: "This media has been disabled in response to a report by the copyright owner".

After Trump threatened the micro-blogging platform, Dorsey defended the fact checking action against him.

"Fact check: there is someone ultimately accountable for our actions as a company, and that`s me. We`ll continue to point out incorrect or disputed information about elections globally. And we will admit to and own any mistakes we make," tweeted Dorsey.

Facebook CEO Mark Zuckerberg on Saturday said the company has started a workstream for building products to "advance racial justice".