Trump threatens government shutdown in September if no funding for wall

Trump made a similar threat in March to push for changes in immigration law that he says would prevent criminals from entering the country. The government briefly shut down in January over immigration. 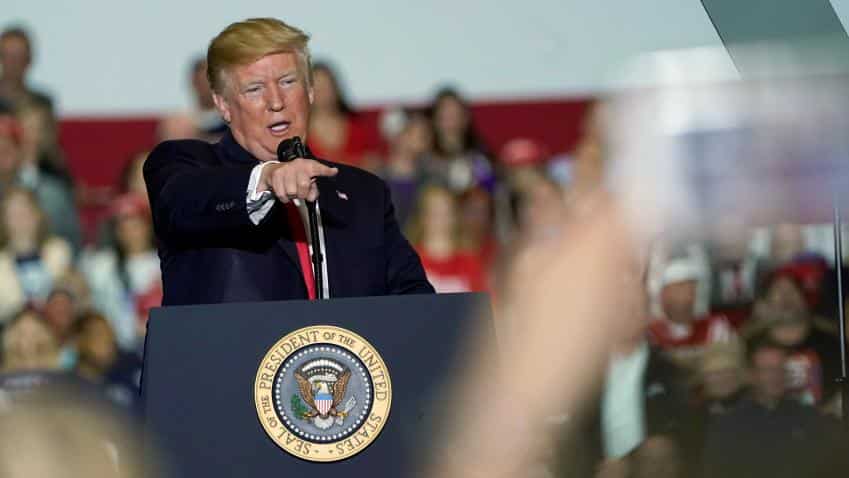 U.S. President Donald on Saturday threatened to shut down the federal government in September if Congress did not provide more funding to build a wall on the border with Mexico.

"That wall has started, we have 1.6 billion (dollars)," Trump said at a campaign rally in Washington, Michigan.

"We come up again on September 28th and if we don`t get border security we will have no choice, we will close down the country because we need border security."

Trump made a similar threat in March to push for changes in immigration law that he says would prevent criminals from entering the country. The government briefly shut down in January over immigration.

A $1.3 trillion spending bill, which Trump signed last month, will keep the government funded through the end of September. A government shutdown ahead of the November mid-elections is unlikely to be supported by his fellow Republicans who are keen to keep control of the U.S. Congress.

Trump cited the hundreds of Central American migrants traveling in a "caravan" as one of the reasons for strong border security.

"Watch the caravan, watch how sad and terrible it is, including for those people and the crime that they inflict on themselves and that others inflict on them," said Trump.

"It`s a horrible dangerous journey for them and they come up because they know once they can get here they can walk right into our country."

Migrants, who include women and children, have said they fled their homes in Guatemala, El Salvador and Honduras because of death threats from gangs, the murder of family members or political persecution.