According to the Department of Homeland Security, under President Donald Trump's "zero-tolerance" immigration policy, nearly 2,000 children have been separated from their parents and guardians and placed into holding facilities between April 19 and May 31 of this year. 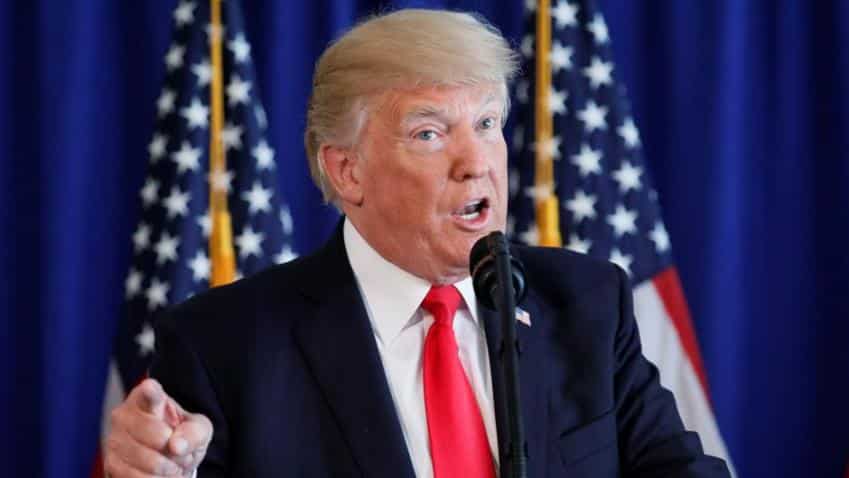 US President Donald Trump today defended his administration's "zero tolerance" policy towards immigration, blaming the opposition Democrats for the current mess and urging the Congress to change the "ridiculous" laws.

According to the Department of Homeland Security, under President Trump's "zero-tolerance" immigration policy, nearly 2,000 children have been separated from their parents and guardians and placed into holding facilities between April 19 and May 31 of this year.

"Change the laws. Now is the best opportunity ever for Congress to change the ridiculous and obsolete laws on immigration. Get it done, always keeping in mind that we must have strong border security," Trump said in a tweet.

He blamed the opposition Democrats for the loopholes in the existing laws.

"Democrats are the problem. They don't care about crime and want illegal immigrants, no matter how bad they may be, to pour into and infest our country, like MS-13.
They can't win on their terrible policies, so they view them as potential voters!" Trump said.

Trump called for arresting anyone who comes into the country illegally.

Crime in Germany is up 10 per cent plus, since migrants were accepted and others countries are even worse,Trump said, adding that officials do not want to report these crimes.

Later addressing the National Federation of Independent Businesses, Trump alleged that as a result of the Democrat-supported loopholes in the federal laws, most illegal immigrant families and minors from Central America who arrive unlawfully at the border, cannot be detained together or removed together, but only released.

"These are crippling loopholes that cause family separation, which we don't want. As a result of these loopholes, roughly half a million illegal immigrant family units and minors from Central America have been released into the United States since 2014, an unbelievably great taxpayer expense," Trump said.

Child smugglers exploit the loopholes, and they gain illegal entry into America, putting countless children in danger on the perilous trek to the US, he said.

He said under the current law, there were only two policy options to respond to this massive crisis: either release all illegal immigrant families and minors who show up at the border from Central America, or arrest the adults for the federal crime of illegal entry.

"Those are the only two options: totally open borders, or criminal prosecution for lawbreaking, and you want to be able to do that. We don't want people pouring into our country. We want them to come in through the process, through the legal system. And we want, ultimately, a merit-based system where people come in based on merit," he said.

Trump asked the Congress to give a third option.

"We have been requesting since last year: the legal authority to detain and promptly remove families together as a unit. We have to be able to do this. This is the only solution to the border crisis," he said.

"We have to stop child smuggling. This is the way to do it. And ultimately, we have to have a real border, not judges," he added.