U.S. stocks ended the final trading day of the first quarter on a strong note on Friday and the S&P 500 posted its best quarterly gain since 2009, boosted by optimism over the latest round of trade talks between the United States and China. 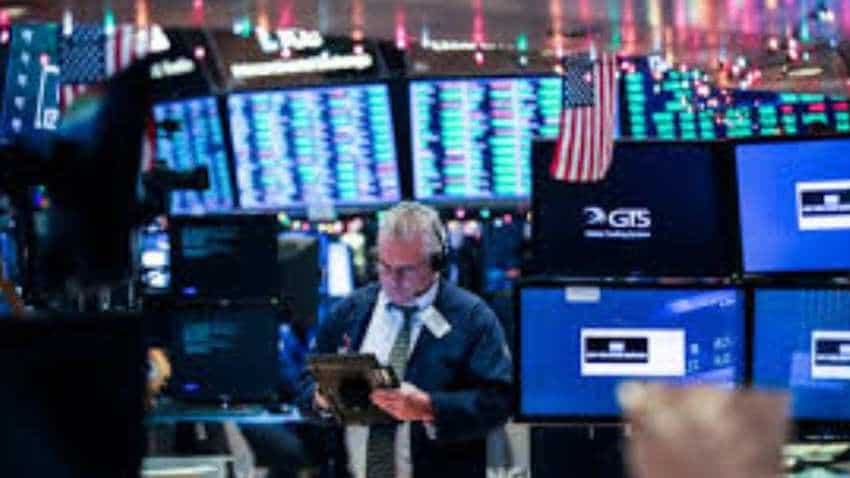 The benchmark S&P 500 rose 13.1 percent in the quarter, its biggest quarterly gain since the third quarter of 2009 and its best first quarter since 1998. Image source: Reuters
Written By: Reuters
RELATED NEWS

U.S. stocks ended the final trading day of the first quarter on a strong note on Friday and the S&P 500 posted its best quarterly gain since 2009, boosted by optimism over the latest round of trade talks between the United States and China. The two sides said they made progress in trade talks that concluded on Friday in Beijing. The talks, aimed at resolving a nearly nine-month trade dispute between the world`s two largest economies, were called "candid and constructive" by Washington.

A Chinese delegation led by Vice Premier Liu He will head to Washington next week for another round of talks. "The prospect of the trade war ending in the very near term is giving a boost to investor confidence, and in turn, we`re closing the quarter with some pretty good gains," said Peter Cardillo, chief market economist at Spartan Capital Securities in New York.

The benchmark S&P 500 rose 13.1 percent in the quarter, its biggest quarterly gain since the third quarter of 2009 and its best first quarter since 1998. Trade-sensitive industrials rose 1 percent, while chipmakers, which have a large revenue exposure to China, also gained, with the Philadelphia chip index up 1.6 percent. The broader technology sector gained 1 percent.

All three major indexes posted gains of at least 1 percent each for the week and registered gains for the month as well. Ride-hailing startup Lyft Inc surged more than 20 percent after making its debut on the Nasdaq. The stock ended up 8.7 percent.  Data released on Friday showed U.S. consumer spending barely rose in January and income increased modestly in February, suggesting the economy was losing momentum after growth slowed in the fourth quarter.

Growth fears were triggered last week, when the Federal Reserve abandoned projections for interest rate hikes in 2019 and the U.S. Treasury yield curve inverted for the first time since 2007, historically a harbinger of recession. However, the yield curve between three-month bills and 10-year notes turned slightly positive on Friday, after being inverted for a week.

White House economic adviser Larry Kudlow told Axios on Friday that the Fed should "immediately" cut interest rates by half a percentage point. With the first quarter earnings reporting season just about two weeks away, investors are bracing for what may be the first U.S. profit decline since 2016. Analysts expect quarterly earnings to fall 1.9 percent from a year earlier, according to Refinitiv data.

Wall Street will be watching economic data with a laser focus next week after the recent warning signals from Treasury yields. Advancing issues outnumbered declining ones on the NYSE by a 1.73-to-1 ratio; on Nasdaq, a 1.40-to-1 ratio favored advancers. The S&P 500 posted 42 new 52-week highs and 2 new lows; the Nasdaq Composite recorded 57 new highs and 47 new lows.

Volume on U.S. exchanges was 7.41 billion shares, compared to the 7.52 billion average for the full session over the last 20 trading days.