Timeline: Key events for the Federal Reserve in 2013 - the year of the ''taper tantrum''

On Friday, the Fed released the full transcripts of policymakers` deliberations from the eight meetings in 2013, which was Jerome Powell`s first full year on the Fed`s board of governors. He succeeded Janet Yellen as Fed chief in early 2018. 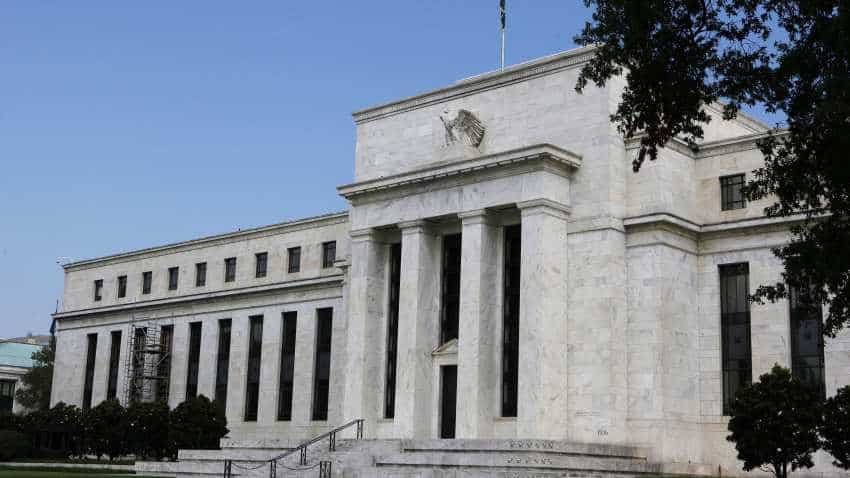 The year 2013 was a tumultuous one for the U.S. Federal Reserve as it wrestled with when and how to end the controversial bond-buying program it began in response to the 2007-2009 financial crisis and recession.

Policymakers managed to unveil their plan for winding down the program, known as quantitative easing, at the end of that year, but not before then-Fed chief Ben Bernanke triggered what is commonly called the "taper tantrum" when he tipped their intentions during an appearance before Congress in May 2013.

On Friday, the Fed released the full transcripts of policymakers` deliberations from the eight meetings in 2013, which was Jerome Powell`s first full year on the Fed`s board of governors. He succeeded Janet Yellen as Fed chief in early 2018.

The lessons of that year echo today, as Fed policymakers again debate the fate of the central bank`s massive balance sheet and struggle with the market turmoil that results when investor expectations on policy are at odds with their own.

Here is a timeline of events:

The future of bond purchases was under the microscope from the very start of the year. Policymakers debated the costs and benefits of the third round of purchases that had begun in September 2012.

Unemployment was reported at 7.9 percent and the Fed`s preferred measure of inflation - the personal consumption expenditures (PCE) price index excluding food and energy - was running at 1.7 percent. The Fed`s balance sheet was at $2.75 trillion and growing by $85 billion a month.

Powell wanted to end the quantitative easing, calling for a plan to taper bond purchases and "ending them before year-end."

Fed officials began to discuss in earnest what they would eventually agree to: Returning the Fed`s balance sheet to a more normal size through a gradual process of allowing the bonds to run off as they matured, rather than selling them.

Unemployment in February was 7.7 percent, core PCE inflation was 1.6 percent and the central bank`s bond portfolio was at $2.94 trillion.

Some Fed policymakers were coming around to the idea that the June 18-19 meeting would be a good time to start tapering the bond purchases, though it was not known publicly at the time.

Powell was among them, arguing the Fed should take "the next reasonable and plausible opportunity to taper."

Unemployment in March was 7.5 percent, core PCE inflation was 1.5 percent and the Fed`s bond portfolio was at $3.04 trillion.

Bernanke first revealed the FOMC`s thinking on plans for a taper in answering a lawmaker`s question during an appearance before Congress` Joint Economic Committee.

"If we see continued improvement and we have confidence that that`s going to be sustained then we could in the next few meetings ... take a step down in our pace of purchases," Bernanke said.

Policymakers, worried about more communications snafus on asset purchases, had Bernanke use his press conference to hone the point they felt markets were missing: That any changes to bond buys would depend on the economic outlook, and that decisions about bond purchases were distinct from those concerning interest rates.

Unemployment in May was 7.5 percent, core PCE inflation was 1.4 percent and the Fed`s bond portfolio was at $3.14 trillion.

Bernanke told lawmakers the Fed remained committed to anaccommodative policy even after it slowed its bond purchases, and that it could keep interest rates near zero even after unemployment fell below 6.5 percent. Up to then, that was seen as a level at which rates would start to rise.

Policymakers continued to discuss how best to communicate any decision to trim asset purchases, though there was a sense that Bernanke`s June 19 press conference and his subsequent congressional testimony did the trick of convincing markets that any decision would depend on the data.

Unemployment in June was 7.5 percent, core PCE inflation was 1.5 percent and the Fed`s bond portfolio was nearing $3.3 trillion.

Would the Fed reduce bond purchases, as Wall Street was expecting, or had the conditions that Bernanke laid out in June for doing so not been met?

Unemployment in August was 7.2 percent, core PCE inflation was 1.6 percent and the Fed`s bond portfolio was nearing $3.4 trillion.

Powell was among those advocating to make the move at that time. No change to policy was made, and George again dissented.

Fed policymakers held a previously unscheduled video conference to discuss how the central bank would respond if the U.S. government defaulted on its debt as a result of Congress` refusal to raise the debt ceiling.

Congress passed a bill that ended the debt ceiling crisis later that day and then-President Barack Obama signed it into law early on Oct. 17.

Unemployment in September was 7.2 percent, core PCE inflation was 1.6 percent and the Fed`s bond portfolio was nearing $3.6 trillion.

After more than a year of debate, the Fed took its first small step toward unwinding the controversial stimulus.

The Fed said it would reduce its monthly pace of asset purchases to $75 billion, from $85 billion, and added that it would continue to reduce the bond purchases in "further measured steps" if the economy continued to perform as expected.

Unemployment in November was at a five-year low of 6.9 percent, core PCE inflation was 1.6 percent, and the Fed`s bond portfolio was nearing $3.75 trillion.