Time for a break? World markets themes for the week ahead

Fed Chairman Jerome Powell is preaching "patience" with regard to future rate increases, and he`s been joined by two other governors and all 12 Fed regional bank presidents. 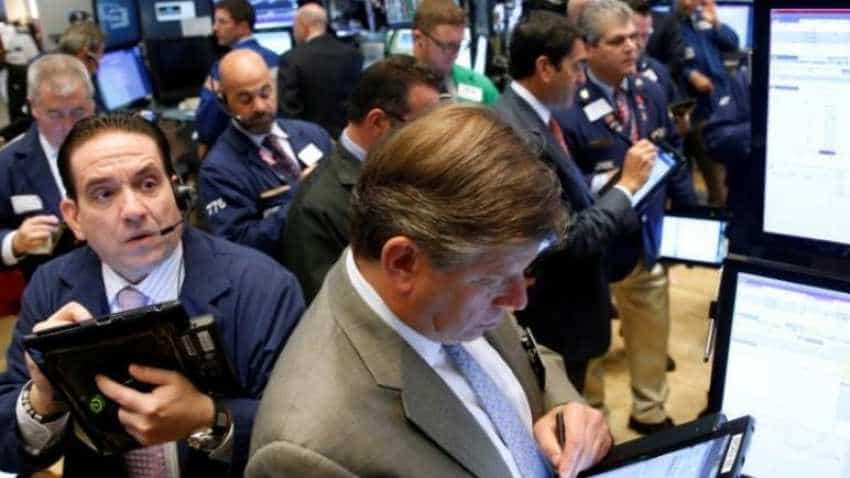 Most previous Fed pauses are associated with the end of a cycle and followed by a change in policy direction. Image source: Reuters

Following are five big themes likely to dominate thinking of investors and traders in the coming week and the Reuters stories related to them.

AND SO BEGINS THE PAUSE
The U.S. Federal Reserve convenes its first monetary policy meeting of 2019 after hiking rates for a fifth time in as many quarters in December. But while it has forecast two more hikes for 2019, the darkening global economic outlook, convulsing stock markets and a record-long government shutdown are clouding the policy picture.

Now, Fed Chairman Jerome Powell is preaching "patience" with regard to future rate increases, and he`s been joined by two other governors and all 12 Fed regional bank presidents. But what happens after such a pause? Interest rate futures markets currently assign a roughly 20 percent probability for a move above the current 2.25-2.50 percent range for the fed funds target rate at any 2019 meeting. A year from now, a rate cut is almost as probable as a rate hike.

Most previous Fed pauses are associated with the end of a cycle and followed by a change in policy direction. Yet the current tightening cycle and previous two easing phases have featured mid-cycle pauses.  So how rare would a rate hike resumption be after this newest holding period? In both the 2000-2003 and 2007-2009 cutting cycles, the Fed took at least one hiatus of six months or longer and resumed cuts later. In the present one, they`ve managed extended pauses twice since this cycle`s first December 2015 hike. A full year lapsed between the first and second hike; six months between hikes four and five.

OH CHINA, WHERE ART THOU?
Alarm bells from the International Monetary Fund (IMF) are still ringing in investors` ears, after the Fund cut global growth forecasts, warning in particular that failure to resolve trade tensions could further destabilise the world economy. So markets will focus on Chinese manufacturing data due on Thursday and Friday to glean how the world`s number two economy is faring.

Chinese Vice Premier Liu He will also head to the United States on Wednesday and Thursday - with a 30-member delegation - for the next round of trade negotiations. There are reasons to be hopeful of some kind of agreement even if U.S. Commerce Secretary Wilbur Ross said the two sides were "miles and miles" from resolving their trade issues. He did after all admit there was a fair chance of a deal, eventually.

So far there is little clarity on how bad it could get, for China`s and for the world economy and how much stimulus Beijing may be happy to provide this time round. China`s obsession with market stability and the quality of credit growth adds to that challenge.

PLAN B FOR BREXIT
Another week, another vote. On Jan 29, Britain`s parliament will debate Prime Minister Theresa May`s proposed next Brexit steps as well as alternative plans put forward by lawmakers, including some that seek to delay Britain`s March 29 exit from the EU.
Parliament won`t be asked to vote to approve a revised Brexit deal and given the crushing margin by which May`s `plan A` was defeated just a week ago, that`s just as well. Greater focus though is on averting a No-deal Brexit - a scenario in which the UK crashes out of the EU with no trade agreement. That looks achievable. The opposition and many ruling party members will likely back an amendment providing for a nine-month extension to Brexit should a deal not be agreed by Feb. 26.

Meanwhile warnings against no-deal Brexit are coming in thick and fast from finance minister Philip Hammond as well as companies such as Ford, Jaguar-Land Rover, Goldman Sachs and Airbus. Markets are trading accordingly - sterling has just has enjoyed its best week since Sept 2017 against the dollar. Analysts reckon if May`s deal or the amendment delaying Brexit pass, sterling could rally another 5-10 percent.

That may sound overly optimistic, given the challenges the UK economy will still face. Risks are finely balanced though: Remember, investors have taken off some option hedges they had put on to guard against sterling downside. If the possibility of no-deal raises its head again, they may have to scurry back to safety.

TORRID TECH TIMES?
Results from Apple on Tuesday and Microsoft on Wednesday will be high on the agenda as global tech struggles to recover from a tumultuous end of 2018 that saw tumbling shares and sharp downgrades to earnings expectations. The updates from the two U.S. giants follows a string of dour numbers from chipmakers across the globe, signaling more gloom in coming months for the once-high-flying sector.

A slowdown in China is one of the top risks with firms ranging from South Korea`s SK Hynix to Texas Instruments flagging weakness in the world`s second largest economy as a bitter trade war with Washington rages on.

In the past two years, earnings growth exceeded 15 percent. Now expectations for 2019 growth in global tech have plunged to less than 2 percent from more than 10 percent seen a few months ago, illustrating the woes facing the industry.

But there`s also a glimmer of hope. An upbeat forecast from chipmaker STMicro for the second half gave a boost to a sector where a lot of negativity has already been priced in and less demanding valuations provide a cushion to selling pressure.

WINDS OF CHANGE
Venezuela is likely to stay in the headlines, given opposition leader Juan Guaido has declared himself interim head of state in the Latin American country and received swift backing from many of his compatriots, the United States, Canada and several Latin American governments, including Brazil and Colombia.

Many in Venezuela, ruled by President Nicolas Maduro since 2013, will be hoping a power handover of some kind may lift the country out of its worst ever economic crisis. Despite the world`s largest crude reserves, its population is suffering from food and medicine shortages; hyperinflation could reach 10 million percent this year.

The events have also lifted prices in defaulted debt issued by the government and state oil company PDVSA, with many bondholders hoping they will see payday sooner than they had expected. Oil prices too inched higher on signs U.S. sanctions against Maduro may further cut Venezuelan crude output

But if Washington and the West are backing Guaido, Maduro too has his supporters, Russia in particular. It has offered to mediate between him and Guaido and slammed what it called U.S. efforts to effect regime change in Venezuela.