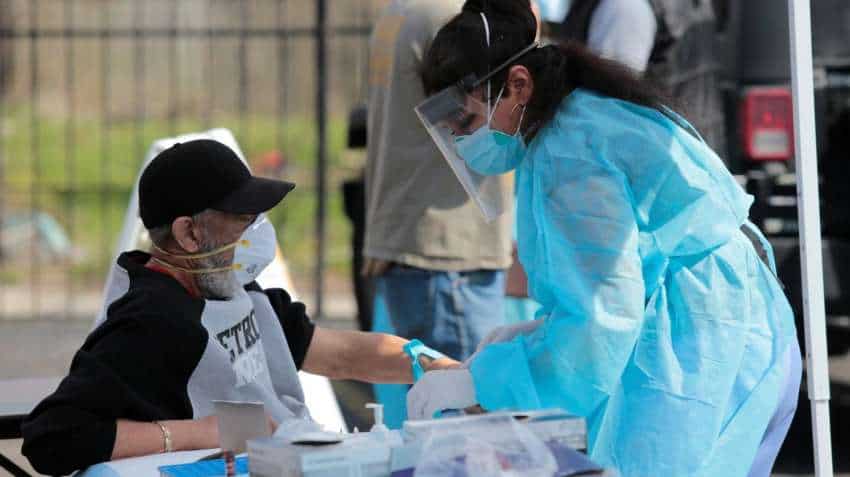 Auto: No sale and registration of BS-IV vehicle permitted in country, says SC

All kind of loans and contractual transactions can't be put under moratorium: SEBI to SC

A COVID-19 vaccine developed by German biotech firm BioNTech and U.S. pharmaceutical giant Pfizer has shown potential and was found to be well tolerated in early-stage human trials, the companies said on Wednesday.

The drug is one of 17 being tested on humans in a frantic global race to find a vaccine the world is counting on to end a pandemic that has killed more than half a million so far.

The following rivals have released early-stage trial data for potential COVID-19 vaccines, or are expected to publish soon:

MODERNA
Moderna Inc said in May that its vaccine candidate, the first to be tested in the United States, produced protective antibodies in a small group of healthy volunteers, though doubts remain over whether the data is predictive of real-life success.

CANSINO BIOLOGICS
China`s military on Monday was cleared to use the COVID-19 vaccine candidate developed by its research unit and CanSino Biologics after clinical trials proved it was safe and showed some efficacy.

INOVIO
U.S. company Inovio Pharmaceuticals said on Tuesday its experimental coronavirus vaccine induced immune responses in healthy volunteers and was shown to be safe in an early-stage trial.

ASTRAZENECA
An alliance between British drugmaker AstraZeneca and the University of Oxford has advanced from early small-scale testing on humans to a trial campaign with tens of thousands of volunteers. It has yet to release data on the initial phase, though AstraZeneca has said it was expected soon.

The World Health Organization`s chief scientist said last week that AstraZeneca`s vaccine was probably the world`s leading candidate and the most advanced in terms of development.

Auto: No sale and registration of BS-IV vehicle permitted in country, says SC

All kind of loans and contractual transactions can't be put under moratorium: SEBI to SC