Tesla`s stock and bonds tumbled on Monday as investors worried about the automaker`s cash burn and problems with an Autopilot system that CEO Elon Musk has held out as key to the electric car maker`s future. 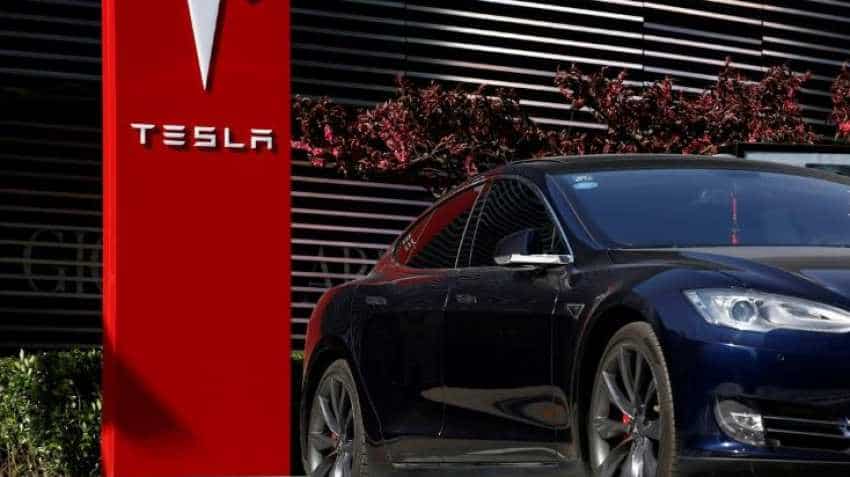 Tesla`s stock and bonds tumbled on Monday as investors worried about the automaker`s cash burn and problems with an Autopilot system that CEO Elon Musk has held out as key to the electric car maker`s future. Tesla`s stock fell 3.8% to $203.03, bringing its loss to 11% since the National Transportation Safety Board said on Thursday that the Autopilot system was engaged during a fatal collision of a Model 3 on March 1, in at least the third deadly U.S. crash reported involving the driver-assistance system.

Investors were also spooked after Musk told employees on Thursday he would increase cost-cutting and that $2.7 billion in recently raised capital would give Tesla just 10 months to break even at the rate it burned cash in the first quarter. Earlier in the session, Tesla sank below $200 for the first time since December 2016.

"We believe that the NTSB report could cast doubt on TSLA`s self-driving capabilities, which have been highly touted by Mr. Musk," Needham analyst Rajvindra Gill wrote in a client note on Monday. Tesla`s shares have fallen 18% since the company sold a $1.84 billion convertible bond and almost $900 million of stock on May 2 to raise fresh capital as the automaker continues to lose money. The buyers of the stock in that offer, including institutional investors and Musk, are now down over $150 million on their investment.

Adding pressure on Tesla`s stock, Wedbush analyst Daniel Ives on Sunday cut his price target to $230 from $275, while maintaining his neutral rating. Ives wrote in a client note that he had "major concerns" about Tesla`s growth prospects and path toward profitability.

The NTSB`s preliminary report on the crash in Delray Beach, Florida, has renewed doubts about the safety of Tesla`s driver assistance technology and its ability to make its cars fully autonomous. On April 22, Musk told investors that driverless Tesla "robotaxis" would be available in some U.S. markets next year, a claim met by skepticism by some self-driving experts.

Musk is battling to convince investors that demand for the Model 3, the sedan targeted to propel Tesla to sustainable profit, remains high, and that it can be delivered efficiently and swiftly to customers around the world. Tesla lost $702 million in the first quarter and warned that profit would be delayed until the latter half of the year.

With Tesla`s stock down 39% year to date, 10 analysts recommend buying the shares, while another nine are neutral and 12 recommend selling, according to Refinitiv. The analysts` median price target is $250, down from $300 a month ago. After Tesla`s stock market value surged past those of General Motors and Ford Motor in 2017 amid optimism about the Model 3, it fell below GM in January and last week fell below Ford. Tesla`s market capitalization is now about $36 billion.