The U.S. economy likely created jobs at a brisk clip in September, with the unemployment rate probably falling to an 18-year low of 3.8 percent, signaling a further tightening in labor market conditions. 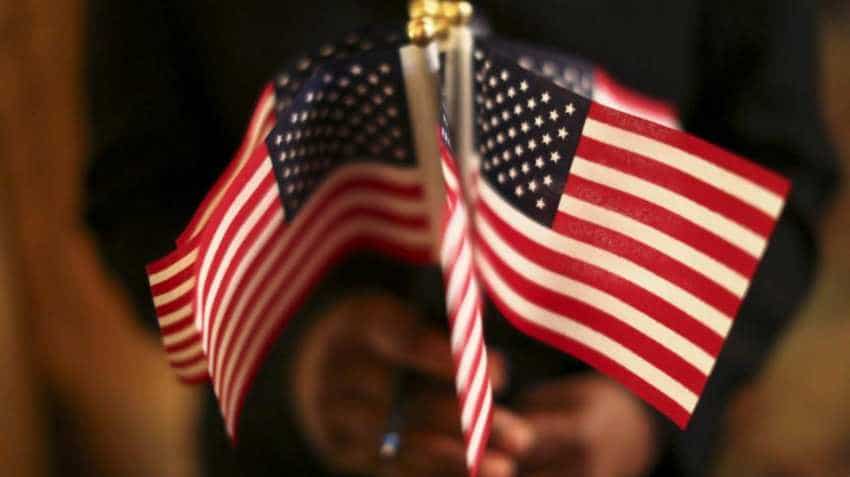 The U.S. economy likely created jobs at a brisk clip in September, with the unemployment rate probably falling to an 18-year low of 3.8 percent, signaling a further tightening in labor market conditions.

The Labor Department`s closely watched monthly employment report on Friday is also expected to show a steady rise in wages, suggesting moderate inflation pressures, which could ease concerns about the economy overheating and keep the Federal Reserve on a path of gradual interest rates increases.

Nonfarm payrolls likely increased by 185,000 jobs last month after surging 201,000 in August, according to a Reuters survey of economists. September`s anticipated job gains would match the monthly average for the past three months. The economy needs to create roughly 120,000 jobs per month to keep up with growth in the working-age population.

"The labor market remains healthy, and we think the Goldilocks scenario of decent economic growth with tame inflation is poised to continue," said Aaron Anderson, head of research at Fisher Investments in San Francisco.

Fed Chairman Jerome Powell said on Tuesday that the economy`s outlook was "remarkably positive" and he believed it was on the cusp of a "historically rare" era of ultra-low unemployment and tame inflation. The U.S. central bank raised interest rates last week for the third time this year and removed the reference in its post-meeting statement to monetary policy remaining "accommodative."

A robust labor market is underpinning the economy and together with high savings could support consumer spending as the stimulus from the Trump administration`s $1.5 trillion tax cut package fades.

Economists expected only a marginal impact on payrolls from Hurricane Florence, which lashed South and North Carolina in mid-September. The storm, which caused massive flooding, made landfall at the tail end of the survey week for payrolls.

"Despite billions of dollars in damages caused by Hurricane Florence, the storm should have minimal effect on payrolls, as most workers were paid during at least part of the survey period," said Sal Guatieri, senior economist at BMO Capital Markets in Toronto.

The government counts a person as employed if they are paid for any part of the pay period that includes the 12th of the month. But the hurricane could have cut the workweek and lifted wages as it probably kept workers in the low-paying restaurant and retail industries temporarily at home.

Average hourly earnings are forecast to have increased 0.3 percent in September after leaping 0.4 percent in the prior month.

"Even though storm effects will be limited by the fact that the hurricane hit relatively late in the survey period, we think they will be enough to bias the workweek down and increase hourly earnings," said Lou Crandall, chief economist at Wrightson ICAP in Jersey City, New Jersey.

With September`s increase below the 0.5 percent gain notched during the same period last year, that would lower the annual increase in wages to 2.8 percent from 2.9 percent in August, which was the biggest rise in more than nine years.

Wage growth remains sufficient to keep inflation around the Fed`s 2 percent target. As more slack is squeezed out of the labor market, economists expect annual wage growth to hit 3 percent. The anticipated 1/10th of a percentage point drop in the unemployment rate from 3.9 percent in August would push it near the Fed`s forecast of 3.7 percent by the end of this year.

While surveys have shown manufacturers growing more concerned about an escalating trade war between the United States and China, that does not appear to have affected hiring. In fact, the Fed`s latest survey of national business conditions reflected concerns about labor shortages that are extending into non-skilled occupations as much as about tariffs.

"Many big corporate chiefs are kind of thinking that this is going to get resolved in some way and they are reluctant to make significant changes based on what they see as posturing and more of a negotiating strategy," said Jason Thomas, chief economist at AssetMark in Los Angeles.

The trilateral trade agreement between the United States Canada and Mexico was salvaged in an 11th-hour deal on Sunday.

Manufacturing payrolls likely rebounded in September after declining in August for the first time in 13 months amid a drop in employment at motor vehicle assembly plants. Construction companies are expected to have hired more workers last month after increasing payrolls by 23,000 jobs in August.