Starbucks Corp is partnering with Alibaba to deliver its coffee in Chinese cities, betting the move will revive sales growth in its second-largest market that is witnessing aggressive competition from local coffee start-ups. 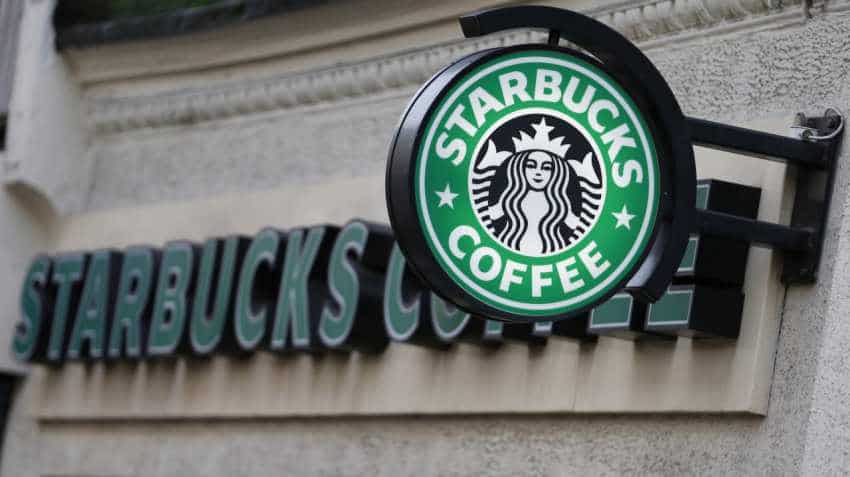 Starbucks Corp is partnering with Alibaba to deliver its coffee in Chinese cities, betting the move will revive sales growth in its second-largest market that is witnessing aggressive competition from local coffee start-ups.

Starbucks flagged in June that it was pursuing such a tie-up after reporting a sudden slowdown in China sales growth, which it partly blamed on a government crackdown on third-party delivery firms that had previously helped drive orders at its cafes.

"I consider this strategic partnership to be one that ... will just be rocket fuel for Starbucks` growth and continued expansion in China," he said.

The Seattle-based company will begin delivery services in September from 150 Starbucks stores located in key trade zones in Beijing and Shanghai and plans to expand that to more than 2,000 stores across 30 cities by the end of 2018, Starbucks and Alibaba said in a joint statement on Thursday.

The companies will collaborate across businesses within the Alibaba group, including delivery platform Ele.me, supermarket chain Hema, online retailers Tmall and Taobao, and mobile and online payment platform Alipay.

The delivery program will leverage Ele.me`s 3 million registered riders, and Starbucks will establish "Starbucks Delivery Kitchens" inside Hema stores and use the supermarket`s delivery system to fulfil Starbucks delivery orders.

Johnson said that some parts of the agreement were exclusive, while others were not, but declined to give details. Starbucks China CEO Belinda Wong said later that the Ele.me tie-up was exclusive.

The tie-up had been discussed for more than a year, Starbucks and Alibaba said. They did not give any financial details of the partnership.

Alibaba Group CEO Daniel Zhang said there was a plan to set up Starbucks delivery kitchens in all Hema stores in the future, but he did not give a timeline.

LONG STORE QUEUES
China has offered Starbucks rich pickings in recent years, thanks to a burgeoning cafe culture which has helped offset growing saturation in the United States. It has 3,400 stores in the country and plans to almost double that number by 2022.

But it is coming under increasing pressure from local companies such as Luckin Coffee, which has expanded rapidly on the back of a supercharged growth plan based on cheap delivery, online ordering, big discounts and premium pay for its staff.

Starbucks` shares fell steeply in June after the company said it expected slowing sales growth in China. Last week it announced a 2 percent slide in quarterly same-store sales for China, a steep fall versus 7 percent growth a year earlier.

Before the deal, Starbucks had no formal online delivery in China where Ele.me competes with Meituan-Dianping, which is backed by gaming giant Tencent Holdings Ltd.

Instead, unapproved third-party delivery services had filled that gap by placing large Starbucks orders for delivery to their own customers, often resulting in long store queues. Analysts have said that making a delivery arrangement official would likely push up costs for Starbucks.

Ele.me CEO Wang Lei said that the plan is to deliver Starbucks orders within half an hour.

Andrew Atkinson, marketing manager at Shanghai-based research and marketing consultancy China Skinny, told Reuters on Wednesday that such a partnership was a "natural response to one of (Starbucks`) first major challenges" in China.

"And it`s really becoming now that if you`re not on one of these apps you`re missing out a huge opportunity," he said.

The partnership was also likely a win for internet giant Alibaba which has been pushing hard to expand Ele.me since it fully acquired the company in April, he said.