SoftBank Group Corp CEO Masayoshi Son has made a name for himself as the ultimate dealmaker, raising almost $100 billion for investments with his Vision Fund. Yet after four years of haggling, he has scored his biggest deal by simply letting go. 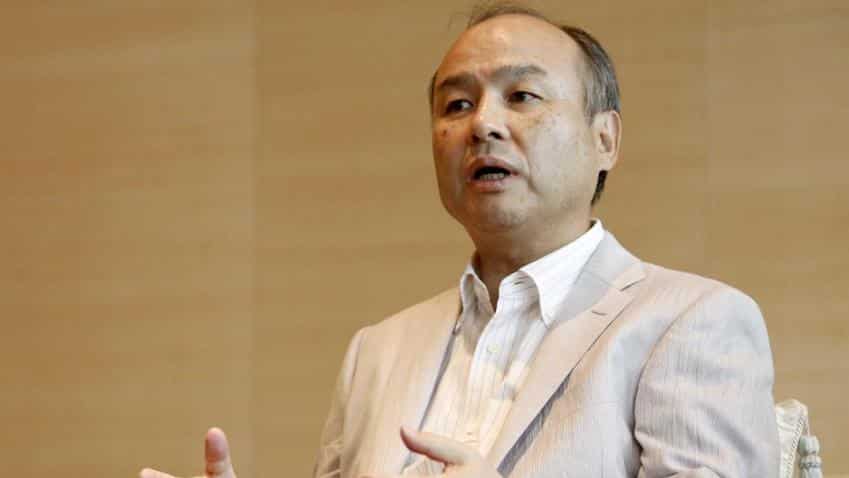 SoftBank Group Corp CEO Masayoshi Son has made a name for himself as the ultimate dealmaker, raising almost $100 billion for investments with his Vision Fund. Image source: Reuters
Written By: Reuters
RELATED NEWS

SoftBank Group Corp CEO Masayoshi Son has made a name for himself as the ultimate dealmaker, raising almost $100 billion for investments with his Vision Fund. Yet after four years of haggling, he has scored his biggest deal by simply letting go. The agreement on Sunday to combine SoftBank`s Sprint Corp with Deutsche Telekom AG`s T-Mobile US Inc will create a U.S. wireless carrier with a market value of more than $80 billion, matching SoftBank`s market capitalization and making it its biggest holding.

SoftBank, a Japanese technology and telecommunications group, will own just 27 percent of the combined company, however, while Deutsche Telekom will own 42 percent and have voting and board control.

It is a far cry from the terms the companies discussed in their first round of talks in 2014, when Sprint was larger than T-Mobile and SoftBank was negotiating owning a majority stake in the combined company.

To clinch the deal, Son had to agree to let Deutsche Telekom control the combined company so it could consolidate it on its books. It was not easy letting go. SoftBank had acquired Sprint in 2012 with the aim of also taking over T-Mobile, rather than being Deutsche Telekom`s junior partner.

When Son came round to the idea of giving up control last year, he changed his mind with a last-minute U-turn, ending the second round of talks between the companies in November.

"Sprint`s weakening position forced it back into negotiations. SoftBank`s leverage makes it difficult for Sprint to make massive investments in new infrastructure," said Erik Gordon, a professor at the University of Michigan’s Ross School of Business.

Even though Sprint`s customer base has expanded under CEO Marcelo Claure, growth has been driven by discounting. Analysts have said that without T-Mobile, Sprint lacks the scale needed to invest in its network and compete in a saturated market, and has struggled under its debt load of more than $32 billion.

STAYING IN TOUCH
After Son and Deutsche Telekom CEO Tim Hoettges ended negotiations last November, Claure and Legere stayed in touch to see how they could revive the deal, Claure told analysts and journalists on a conference call on Sunday.

As the top two wireless players, Verizon Communications Inc and AT&T Inc, made more detailed announcements about their 5G plans, Sprint and T-Mobile grew more concerned they were wasting time and money as separate companies, according to sources familiar with the matter who requested anonymity to discuss confidential deliberations.

Son, who continued to believe in the merits of the deal but did not want to give up ground on price and control, decided to compromise earlier this year, the sources said. He agreed that SoftBank would have only four seats on the combined company`s 14-member board. Son will be taking up one of those seats.

It is possible that Son`s concessions work out to SoftBank`s long-term benefit. The combined company will be a major player in next-generation 5G wireless technology in a way Sprint could not be on its own. The deal`s cost synergies are estimated to be worth $43 billion, of which about $13 billion is due to the recent U.S. tax overhaul, according to the sources.

SoftBank has been constrained in its ability to support Sprint financially because it has been under pressure to trim its own debt, which reached 15.8 trillion yen ($147 billion) as of the end of December. It has said it is planning to raise cash by taking its Japanese mobile phone unit public this year.