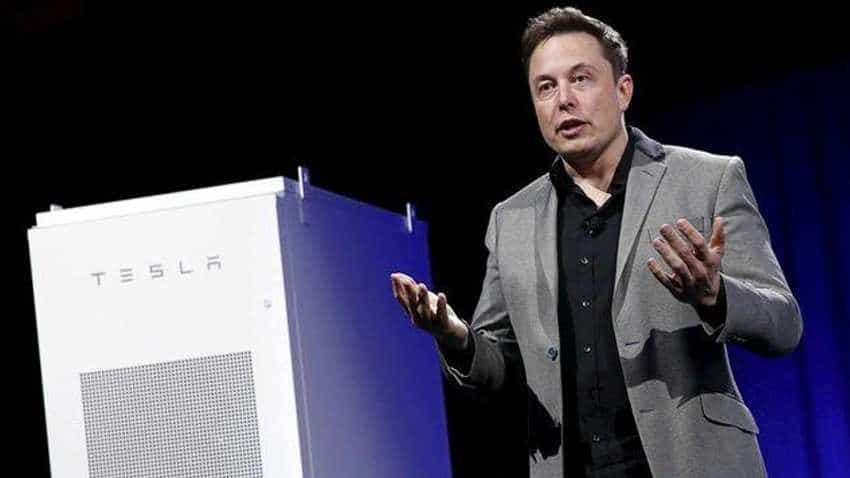 It's not only his serious tweets that garner attention. Reuters photo.
Written By: IANS
RELATED NEWS

From making promises, teasing products to tweeting controversial posts, Elon Musk uses Twitter a little too much. It's not only his serious tweets that garner attention. In fact, most of his tweets never go unnoticed. We bring you the SpaceX and Tesla CEO's top five tweets of 2019 that made both headlines and grabbed eyeballs.

In mid June, the profile picture of Musk was a baby monkey holding a beautiful emerald blue-coloured bottle of famous gin brand named Bombay Sapphire -- that gets its name from the popularity of gin in India during the British Raj.

The tech mogul, during the second day of his courtroom appearance as a defendant in a defamation case filed by Vernon Unsworth, a British man, over paedo guy tweet, disclosed that his net worth was $20 billion (roughly Rs 1,43,000 crore) but he was short on cash.

Musk's mother, Maye Musk posted a photo that showed him working on the broken window of a 1978 BMW back in 1995 to which he responded that he could not afford to pay for a mechanic to fix his car, so he did it himself with junkyard parts.

Musk sent his best wishes to the unmanned Boeing Starliner spacecraft, which didn't reach the planned orbit. "Orbit is hard. Best wishes for landing; swift recovery to next mission," Musk tweeted after NASA revealed that Starliner was in an unplanned, but stable orbit.

Like the rest of us, Musk loves Baby Yoda from The Mandalorian, and he's not afraid to share memes about it. This one was liked more than 461,000 times in less than a day.

Musk apparently loves Baby Yoda, which is a fictional character from the Star Wars Disney+ original television series The Mandalorian. He keeps tweeting memes about the character with heart emojis.

Rupee vs dollar in times of coronavirus: INR slips 32 paise to 75.21 amid scare