US president Donad Trump said that he is saving the big deal with India for later and does not know if it will be done before the presidential election in November. 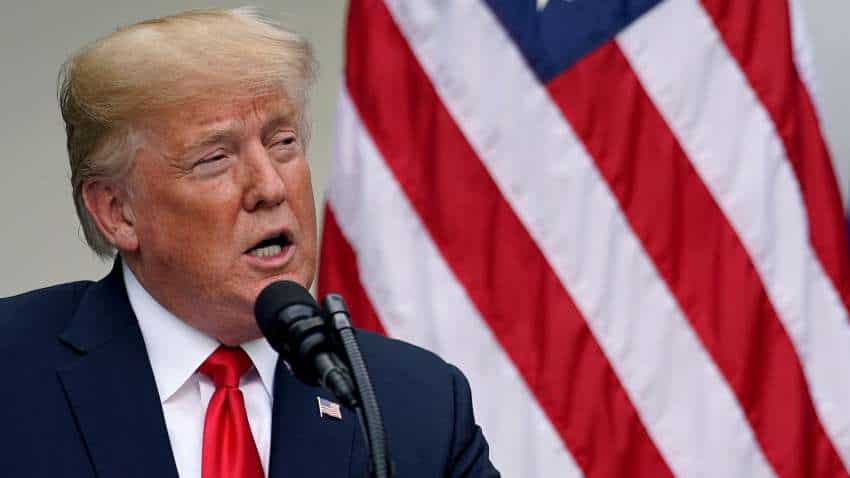 "I happen to like Prime Minister Modi a lot," DonaldTrump said.Photo:Reuters
Written By: PTI
RELATED NEWS

US President Donald Trump has said he is "saving the big deal" with India for later and he "does not know" if it will be done before the presidential election in November, clearly indicating that a major bilateral trade deal during his visit to Delhi next week might not be on the cards."We can have a trade deal with India. But I'm really saving the big deal for later," he told reporters at Joint Base Andrews Tuesday afternoon (local time).

Trump is scheduled to visit India on February 24 and 25.The US and India could sign a "trade package" during the visit, according to media reports.

US Trade Representative Robert Lighthizer, the point-person for trade negotiations with India, is likely to not accompany Trump to India, sources said. However, officials have not ruled it out altogether.In an apparent dissatisfaction over US-India trade ties, Trump said, "We're not treated very well by India." But he praised Prime Minister Narendra Modi and said he is looking forward to his visit to India.

"I happen to like Prime Minister Modi a lot," Trump said."He told me we'll have seven million people between the airport and the event. And the stadium, I understand, is sort of semi under construction, but it's going to be the largest stadium in the world. So it's going to be very exciting... I hope you all enjoy it," he told reporters.

"It may be due to several reasons, including the unexpected economic slowdown in India's economic growth, impact of US-China trade war, GSP withdrawal from the US side and retaliatory tariffs on specific US goods from the Indian side," USISPF said.

According to the report, the data available for the first three quarters of 2019 (January-September) pulled the overall growth rate in cumulative bilateral trade down to 4.5 percent from 8.4 percent registered for the first two quarters.

Goods and services trade performance in third quarter was dismal at -2.3 percent, in contrast with the impressive 9.6 percent growth witnessed for the first two quarters of the year; while trade in services was up two percent goods trade dropped five percent, the report said.

The cumulative US-India trade in goods and services (USD 110.9 billion) for the first three quarters of 2019 increased 4.5 percent with US exports and imports growing at four percent and five percent respectively.

The USISPF has projected that the total bilateral trade can touch USD 238 billion by 2025 if the current 7.5 percent average annual rate of growth sustains; however, higher growth rates can result in bilateral trade in the range of USD 283 billion and USD 327 billion.

India's trade with China grew 13 percent in 2018, while India's goods trade with the US increased 18 percent.China had a huge trade surplus of USD 58 billion with India, indicating Beijing's strength in the Indian market, especially in sectors, such as electronics, machinery, organic chemicals, plastics and medical devices.

The US goods exports to India, in comparison, were mainly concentrated in mineral fuels, precious stones, and aircraft. The US faces tough competition with China in the Indian market in areas such as electronics, machinery, organic chemicals and medical devices.