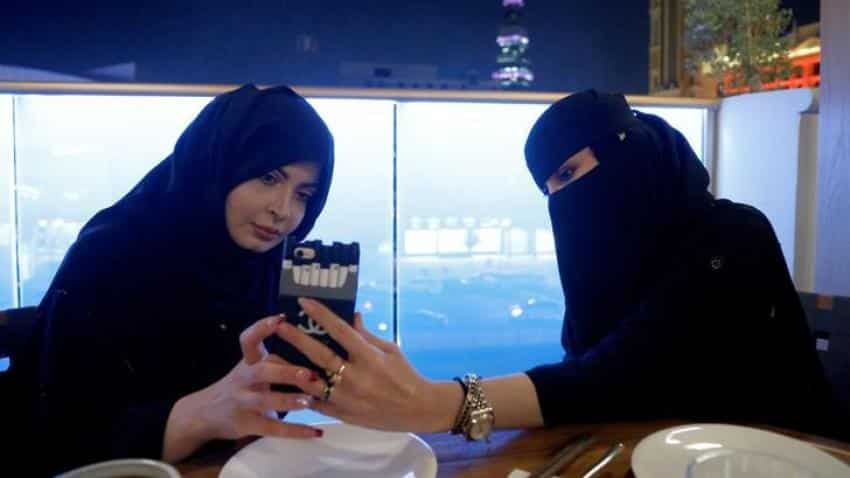 Ride-hailing apps have come under intense scrutiny from governments and regulators across the globe as they disrupt traditional taxi businesses. Image Source: Reuters
Written By: Reuters
RELATED NEWS

Saudi Arabia hopes its plan to bring a further 1.3 million women into the workforce by 2030 will be given a lift from ride-hailing apps Uber and Dubai-based rival Careem.

The cars, which the government says should only be driven by Saudi men, offer women, who are banned from driving in the conservative Muslim country, an alternative to being driven to work by chauffeurs, male relatives or the shabby taxi system.

Ride-hailing apps have come under intense scrutiny from governments and regulators across the globe as they disrupt traditional taxi businesses.

With a budget squeezed by lower oil prices, the plan aims to draw workers away from government jobs by creating 450,000 private sector positions by 2020. Uber and Careem say they will create up to 200,000 jobs for Saudi men in the next two years.

By offering women a way to get to work, it should also help meet the plan`s goal of increasing the female workforce by five percentage points in the next five years to 28 percent.

"This is the next best thing to women being able to drive, because you are in control of your time, no more wasteful waiting around,” said Marwa Afandi, a 36-year-old marketing executive.

With the workforces of Uber and Careem easily expected to overtake the 65,000 nationals employed by state oil giant Saudi Aramco, the kingdom has invested in both companies.

"The percentage of Careem captains who are Saudi has jumped from effectively zero to 60 percent in the last 12 months, and we aim to employ 70,000 Saudis by end 2017," said Abdulla Elyas, co-founder of Careem.

Women already account for around 80 percent of Uber and Careem`s passengers, the companies say.

"In a country where they (women) cannot get behind the wheel we are offering both the women and the government a win-win solution," said Zeid Hreish, Uber`s general manager in Saudi.

A personal driver offers the most cache for middle- and upper-class women. But as these cost as much as 3,000 riyals (651.47 pounds) a month, around 20 percent of the average monthly household income, women are always looking for cheaper options.

Some wealthier Saudi women have never used the country`s existing taxi system because it is not seen as acceptable for them to travel in the older vehicles that are often provided.

Uber and Careem offer an alternative because they require their drivers to use cars that are less than three years old. Uber works with car financing companies in Saudi Arabia to get deals to help its drivers buy newer cars.

The use of the app for booking a car also allows a passenger to select a particular driver and some believe that the use of smart phone technology brings a better class of driver.

There is little difference in price between a journey with Uber or Careem and a local taxi company but the industry does not feel threatened because it caters to a different market - road-side taxi hailers are usually lower income men and do not own smartphones. "We have very little overlapping demand with Careem and Uber," said an assistant manager at a Jeddah-based limousine company, who wished not to be named.

Careem is however, developing a subsidised rides programme for low-income working Saudi women with the Ministry of Labour.

The high female engagement with such apps also reflects how social attitudes are evolving in the conservative kingdom.

Traditional social norms dictate local women cannot interact with men to which they are not related. However, the ride-hailing scenario has jumped ahead of such restrictions, aided by a zero tolerance policy for driver complaints operated by Uber and Careem.

"I am comfortable in the car with the driver because we are getting a professional service from a company where the driver will be held accountable for any complaints made against him," said Alia Shayef, a 42-year-old banker living in Jeddah.

But some riders and drivers remain uneasy about the mixing of genders. An 18 year old university student in Riyadh said that since more Saudis became Uber and Careem drivers her father has forbidden her to use those apps.

A Careem driver also admitted he does not take any female riders to avoid cultural clashes and any risk of complaint.

The proliferation of ride-sharing services has also done little to take away the yearning for women to drive. Some are concerned that it has made it even less likely that the government will ever allow women to get behind a steering wheel.

In June when Uber announced the Saudi wealth fund had invested in its business some Saudi women took to Twitter to unveil their disapproval with the hashtag "Saudi women announce Uber boycott," trending within hours of the news.

The state investment is partly aimed at bolstering the employment of local men at a time of rising unemployment.

The Ministry of Transportation in November said Uber and Careem must "limit the jobs to Saudi nationals" although legal non-Saudi drivers may continue to work for the companies.

Working for a globally-recognised company such as Uber is a draw for tech-savvy Saudis, helping some overcome the stigma of being a driver.

“Uber is a trend and people want to follow it, and be a part of the digital revolution,” said Abdulelah Bassyoni, founder and managing director of Saudi-based digital consultancy Brain Technology.

Despite this, both Careem and Uber say most drivers work part-time, alongside government jobs that they are reluctant to leave cause of the perceived security and benefits.

Nasser, a 30-year-old Riyadh said he was working as an Uber driver to top up his government salary with extra cash.

"It is crazy to think anyone would leave their government position, it is a blessing to have it," he said.