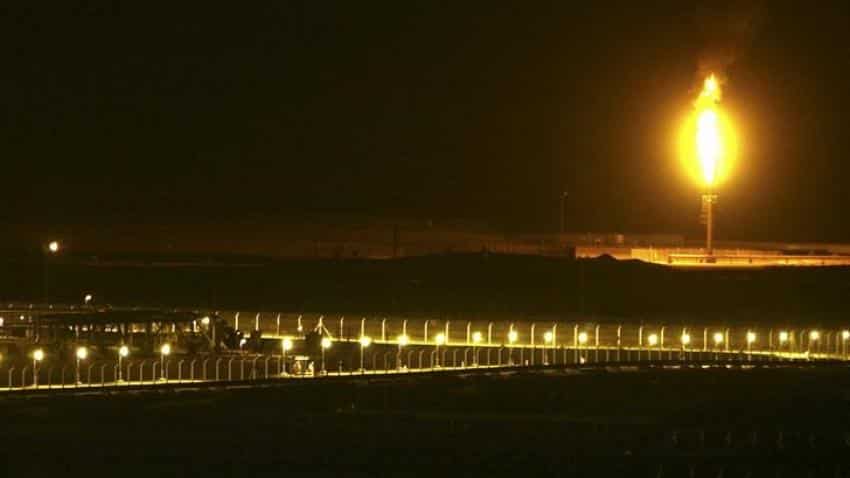 Saudi Arabia and Russia agreed on Monday to cooperate in world oil markets, saying they will not act immediately but could limit output in the future, sending prices higher on hopes the two top oil producers would work together to tackle a global glut.

The joint statement was signed by the country's energy ministers in China on the sidelines of a Group of 20 summit and followed a meeting between Russian President Vladimir Putin and Saudi Deputy Crown Prince Mohammed bin Salman.

Russian Energy Minister Alexander Novak said the two countries were moving toward a strategic energy partnership and that a high level of trust would allow them to address global challenges. Saudi Energy Minister Khalid al-Falih said the agreement would also encourage other producers to cooperate.

Oil prices soared almost 5 percent ahead of a news conference by the two ministers, but pared gains to trade up 2 percent by 1130 GMT as the agreement yielded no immediate action.

"There is no need now to freeze production ... We have time to take this kind of decision," Falih said.

"Freezing production is one of the preferred possibilities, but it does not have to happen specifically today."

Even if the Monday statement was short on action, it marks a significant development in the Russia-Saudi relationship. The two countries have been effectively fighting a proxy war in Syria and Moscow also sees itself as a big ally of Iran - Riyadh`s arch-rival in the Middle East.

The Organization of the Petroleum Exporting Countries (OPEC) will hold informal talks in Algeria later this month, and is next scheduled to meet officially in Vienna in November.

Several OPEC producers have called for an output freeze to rein in the glut, which arose as supplies from high-cost producers such as the United States soared.

The price collapse of the past two years has hit the budgets of major producers such as Russia and Saudi Arabia while leading to unrest and social tensions is smaller producing nations such as Venezuela and Nigeria.

Venezuela, which has consistently pushed for a deal to boost prices, hailed the agreement as "an important step in coordinating joint action between the biggest OPEC member and one of the biggest non-OPEC producers".

Venezuela has presented an "alternative proposal" to be considered at the upcoming Algeria meeting that would help "stabilize both the volume of supplies to markets and the fair price for producers," the Oil Ministry said in a statement.

The statement did not offer further details on the proposal.

Any deal between OPEC and non-OPEC producer Russia would be the first in 15 years since Moscow agreed to cut output in tandem with the cartel at the turn of the millennium, although Russia never followed through on that promise.

Novak said he was open to ideas on what cut-off period to use if producer countries decided to freeze output.

If production is frozen at early-2015 levels, it would effectively mean an output cut as most producers - including Saudi Arabia, Russia, Iraq and Iran - have steeply boosted production since then.

In April, Russia was prepared to freeze output together with OPEC, but talks collapsed after Riyadh said it would agree to a deal only if Iran - OPEC`s third-largest producer - participated.

Iran has argued that it needs to regain market share lost during years of Western sanctions, which were lifted in January.

Putin said last week that a new deal on oil output could involve some compromise on Iranian output.

"We believe that the oil market rebalancing has been rather delayed ... And certainly joint actions which were considered at the beginning of the year, including a freeze, could have drawn much nearer the date of rebalancing of the respective markets," Novak said on Monday.

"We are ready, if there is such a decision, to join" an oil output freeze, TASS news agency cited Novak as saying.

"The market is getting better and we noticed that the prices reflect this (improvement)", said Falih. "A coordinated and appropriate, collective decision on production will help bring balance and reduce inventories in a more timely manner".

(Additional reporting by Maria Kiselyova and Katya Golubkova in Moscow; Writing by Henning Gloystein in Singapore and Dmitry Zhdannikov in London; editing by Christian Schmollinger, Dale Hudson and G Crosse)

US terms OPEC+ decision on oil production 'mistake', says it has favoured Russia