Samsung Electronics Co Ltd said quarterly operating profit likely surged by a fifth to a record high, with its chip unit bolstered by robust demand from data centres and gains in production yields. 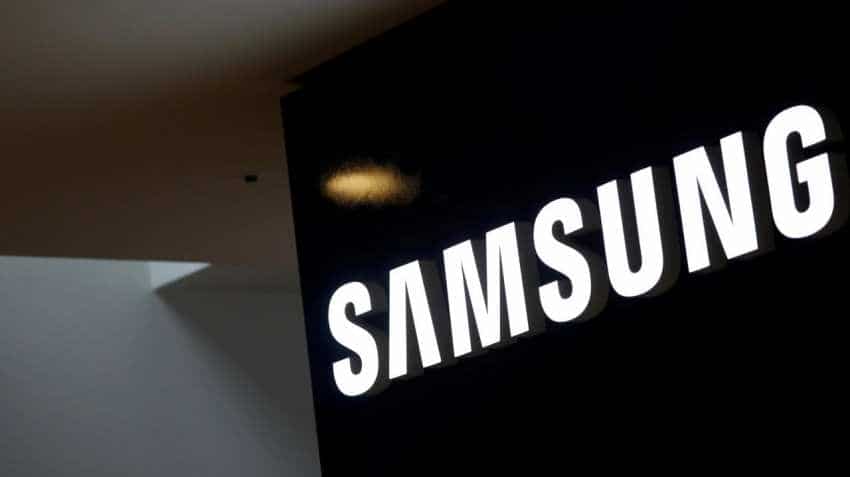 Samsung Electronics Co Ltd said quarterly operating profit likely surged by a fifth to a record high, with its chip unit bolstered by robust demand from data centres and gains in production yields.

But sharp price slides for some types of semiconductors have brought an end to a two-year super cycle of tight supply and soaring demand, and analysts expect the July-September quarter will mark a peak in earnings for the South Korean tech giant.

The world`s top maker of memory chips and smartphones said a preliminary estimate showed third-quarter profit jumped 20.4 percent to 17.5 trillion won ($15.5 billion) on a 4.8 percent gain in revenue, in line with market expectations.

That would beat operating profit growth of 6 percent in the previous quarter when its Galaxy S9 device missed sales targets and competition from cheaper Chinese-made phones ate into margins for its mobile business. The firm did not elaborate on its performance and will disclose detailed earnings in late October.

Chips account for nearly 80 percent of Samsung`s operating profit and Samsung has benefited from a surge in data centres for cloud computing that has spurred spikes in prices for DRAM chips. DRAM chips, which help devices perform multiple tasks, are its main memory product.

It has also made gains in production technology that allow it to make smaller and faster chips per silicon wafer. But prices for NAND chips used for longer-term data storage have tumbled as supply swamps demand, and prices for DRAM are expected to follow suit.

"Its earnings appeared to have peaked," said William Park, a senior analyst at Mirae Asset Daewoo Securities. "DRAM prices are going to fall, although not dramatically, and that will negatively impact its margins."

Song Myung-sup, a senior analyst at HI Investment & Securities, expects DRAM chip prices to slide about 5 percent in the fourth quarter from the previous quarter, while NAND chip prices are seen dropping 10 percent.

Samsung is forecast to still book decent operating profit growth of 12 percent in the fourth quarter, Refinitiv data shows. But that is seen dropping to minimal profit growth in the first half of 2019 followed by small profit declines in the second half. Shares in Samsung edged up 0.2 percent on Friday morning, while the broader market fell slightly. The stock has lost 12 percent so far this year on concerns about chip prices, underperforming the broader market which has declined 8 percent.

While income levels for Samsung`s business divisions are yet to be disclosed, analysts expect its mobile business will struggle to deliver profit growth for the next two quarters due to high marketing costs in the premium smartphone segment and competition from cheaper Chinese-made models.

It is working on bringing phones with bendable screens to market but they are not expected to become a huge profit driver. "Its mobile division will continue to look bad. Samsung`s upcoming foldable phones are not going to be meaningful in terms of sales, more of a symbolic move in terms of innovation," said Park Sung-soon, an analyst at BNK Securities.