Asia`s net oil imports surpassed the total amount of oil consumed in North America in 2015 and are set to rise after producers slashed spending on exploration and production on low oil prices, leaving oilfields at risk of sharp production declines in the next decade. 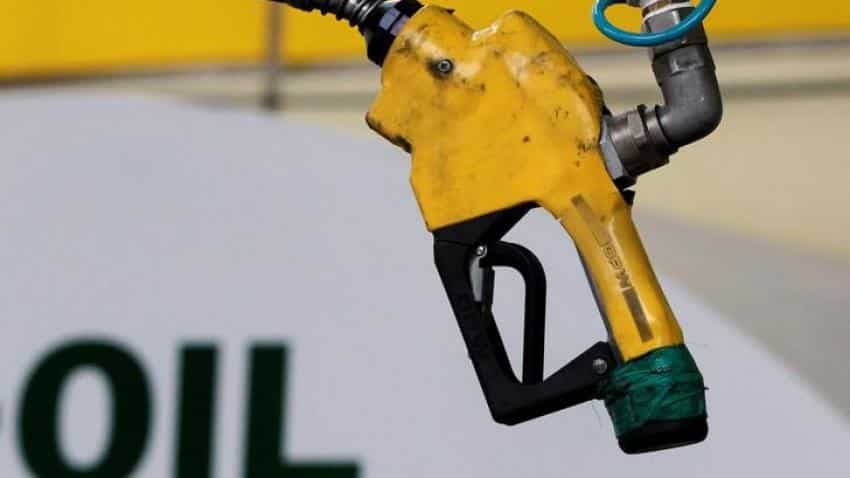 As Asia`s net imports grow and crude prices recover, the region`s oil import bill is set to climb back above $500 billion in 2017. Photo: Reuters

A widening gap between Asia`s oil production and demand is creating a growing capital drain for the region and leaving countries vulnerable to global supply disruptions and a sudden surge in oil prices.

Asia`s net oil imports surpassed the total amount of oil consumed in North America in 2015 and are set to rise after producers slashed spending on exploration and production on low oil prices, leaving oilfields at risk of sharp production declines in the next decade.

Activities across Asia-Pacific to search for energy resources have nearly ground to a halt in the past year while recent exploration finds have struck more natural gas than oil, analysts said.

As Asia`s net imports grow and crude prices recover, the region`s oil import bill is set to climb back above $500 billion in 2017 for the first time in three years, calculations based on forecasts by the International Energy Agency and a Reuters crude oil price poll in August showed..

The oil price slump since mid-2014 had given Asian economies a breather from high import bills.

The gap between oil production and demand has jumped over 30% since 2010 to an estimated 25.7 million bpd in 2016 and is set to grow by another 1.1 million bpd next year. Rising oil prices, however, means the cost could soar by a third in just one year to $566 billion.

"We have seen two years in a row in 2015 and 2016 oil investments declining," International Energy Agency (IEA) chief Fatih Birol said. "This would mean oil security and oil markets may face a challenge as a result of a huge drop in the investments in a very few years in the medium term."

Producers across the region are struggling, which is not being helped by international oil companies` capital and expertise leaving the region, said Chauhan.

Consultancy Wood Mackenzie expects Asia`s oil production to fall to 5 million barrels per day in 2025 from 7.6 million bpd in 2016.

"We`ve seen a number of projects delayed – some cancelled - plus the level of investments in existing oil fields is falling," Angus Rodger, director of Asia-Pacific upstream research at Woodmac said.

"That has a minor impact in the short-term, but if you go out to 2020, it means oil production across the region will have declined significantly."

China is leading the decline, with output hitting a five-year low in July as producers shut-in marginal fields while imports hit a record.

Indonesian officials said they are looking at ways to shore up a production target of 780,000 bpd in 2017, the lowest since 1969 and 40,000 bpd lower than 2016`s forecast. "We are discussing how to make Cepu block production higher than now," Director General of Oil and Gas Wiratmaja Puja said, adding that output at the oilfield operated by Exxon Mobil may increase by 15,000 bpd.

Indonesia, the largest oil producer in southeast Asia, faces a potential 20-25 percent natural decline in production unless it steps up activities such as drilling and well servicing, said Muliawan, deputy for operations at regulator SKK Migas.

China has also been broadening its sources of supply, taking more oil from Russia and Latin America to reduce its dependence on the Middle East, as well as building its strategic reserves to cushion itself in the event of an oil price shock.

The region`s biggest oil consumer is also turning to gas and renewable energy, but these are long-term solutions.

Asia imports just over half of its oil from the Middle East and will continue to rely heavily on Gulf producers, analysts said, exposing the region to geopolitical risks that have disrupted oil production and exports.

"Asian production is on the decline, notably among others in China, and with increases in refining capacity that are unlikely to remain idle, the dependency of the region to Middle Eastern oil will remain," BNP Paribas Global Head of Commodity Markets Strategy Harry Tchilinguirian told the Reuters Global Oil Forum.

"It is, as you can imagine, hard to replace Saudi Arabia in your import mix for many an Asian refiner."

India, 9 other Asian economies to pull ahead of US in terms of GDP by 2030: Report