Russian President Vladimir Putin and his Azerbaijani counterpart Ilham Aliyev discussed the ongoing efforts to secure the ceasefire in the Nagorno-Karabakh region recently freed from armed conflict, the Kremlin said. 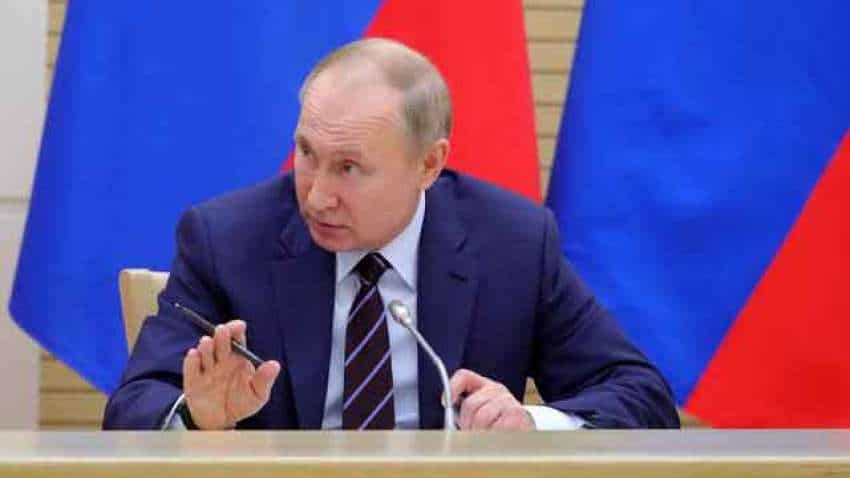 Russian President Vladimir Putin and his Azerbaijani counterpart Ilham Aliyev discussed the ongoing efforts to secure the ceasefire in the Nagorno-Karabakh region recently freed from armed conflict, the Kremlin said.

During a phone call on Saturday, the Presidents welcomed the launch of the joint Russian-Turkish centre "for monitoring the ceasefire and any military activities in the conflict zone", Xinhua news agency quoted he Kremlin as saying in a statement.

Putin and Aliyev expressed hope that the centre`s efforts will contribute to the further stabilisation of the situation around Nagorno-Karabakh and the proper observance of the agreement reached by the two Presidents and the Prime Minister of Armenia in November 2020.

According to Turkish Defence Minister Hulusi Akar, one general from Ankara and 38 military personnel will work at the centre as part of efforts to "monitor and inspect" the ceasefire.

In November 2020, the Turkish Parliament had approved a motion for the deployment of troops in Nagorno-Karabakh for one year as part of an accord between Ankara and Moscow.

Aliyev had announced earlier that the Joint Turkish-Russian Centre will be in Aghdam, a district in Nagorno-Karabakh that was handed over to the Azerbaijani military on November 20, 2020 as a condition of the truce.

On November 10, 2020, Armenia and Azerbaijan ended a 44-day conflict in the region claimed the two countries after a ceasefire was reached under the mediation of Russia.

Three earlier ceasefires -- two brokered by Russia (October 10, 17, 2020) and one by the US (October 26, 2020) -- collapsed after Armenia and Azerbaijan traded accusations and attacks.

A new round of armed conflict broke out on September 27, 2020, along the contact line of the disputed Nagorno-Karabakh region, which is internationally recognised as part of Azerbaijan but mostly governed by the Republic of Artsakh, a de facto independent state with an Armenian ethnic majority.

Armenia and Azerbaijan went to war over the region in 1988-94, eventually declaring a ceasefire.

However, a settlement was never reached.