President and CEO of Boeing Commercial Airplanes Kevin McAllister said that the firm was aware that it must work to regain the confidence of the public and the industry. 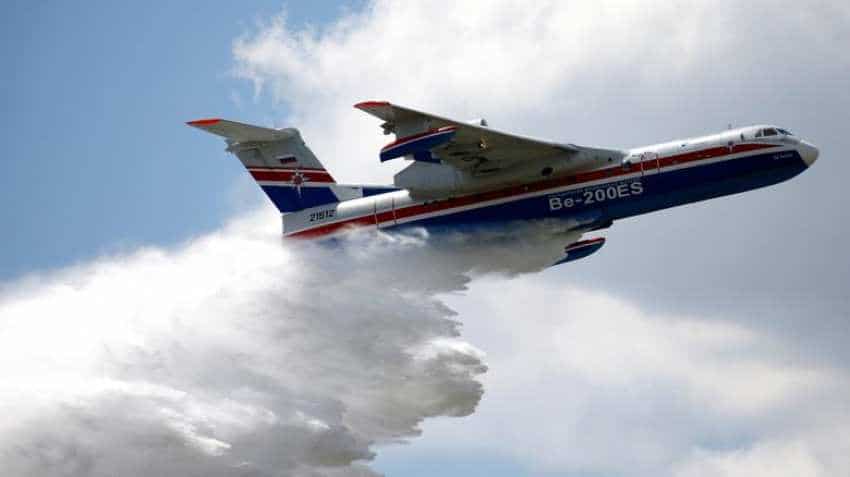 More than 4,600 more of the jets have been purchased but have not yet been delivered to the buyers. Image source: Reuters

The International Paris Air Show, the largest event of its kind in the world, opened at Le Bourget, north of the French capital, on Monday with an advantage for European aircraft manufacturer Airbus over US rival Boeing, which is going through a difficult stretch amid the crisis surrounding its premier jet, the 737 MAX. That fact was evident from the attitude taken by Boeing`s top executives in their first public appearance since the 737 MAX scandal broke, refusing to undertake an offensive strategy and focusing on apologising for the two recent crashes of planes of that type that killed hundreds of passengers, the Efe news reported.

President and CEO of Boeing Commercial Airplanes Kevin McAllister said that the firm was aware that it must work to regain the confidence of the public and the industry, adding that more than 280 test flights had been made following modifications to the MCAS 12.1 software flight control program, the program thought to be at fault in the crashes.

That software, although definitive conclusions are still pending, seems to be responsible for the crashes of Lion Air Flight 610 in October 2018 and Ethiopian 302 on March 10, which together killed 346 passengers and crew.

McAllister said he did not want to speculate, because it is not up to Boeing but rather safety authorities, about when the airlines owning 737 MAX jets - 387 of which are in air fleets worldwide - will be able to return them to service.

More than 4,600 more of the jets have been purchased but have not yet been delivered to the buyers.

Meanwhile, Airbus kicked off its participation at the Paris Air Show with much more enthusiasm, announcing the launching of a new one-aisle jet - the A321XLR - which will be able to make nonstop flights of up to 8,700 kilometers (about 5,400 miles), 15 per cent longer than the firm`s similar models.

At the same time, Airbus signed a contract to sell four units of that jet to Lebanon`s Middle East Airlines, which will be the first to use it starting next year.

The second deal was a firm sale to Virgin Atlantic of eight A330-900`s, with an option to purchase six more, a contract which - if fully realized - would mean $4.2 billion in sales.

Meanwhile, Brazil`s Embraer signed a deal with United Airlines to sell 20 of its short-distance E175 jets (seating 70 people) and an option for 19 more, a deal valued at $1.9 billion.

The Le Bourget air show - currently in its 53rd year - is expected to draw 3,30,000 visitors through Sunday. There are 2,453 exhibitors participating in the event this time around in a venue 3,24,000 square meters (3.5 million square feet) in size at what was the French capital`s first airport.

There are 26 national pavilions at the event and 150 aircraft are on display, including a scale model of a future combat aircraft being designed by France, Germany and Spain, the latter of which recently joined the project.

Spanish Defence Minister Margarita Robles was at Le Bourget to make Madrid`s incorporation into the project official at an event attended by French President Emmanuel Macron. The aircraft, being designed by Airbus and Dassault, should enter into service about 2040, replacing the Eurofighter and the Rafale jets made by those two manufacturers.