About 10 minutes later, Hawaii Emergency Management Agency tweeted that there was no such threat 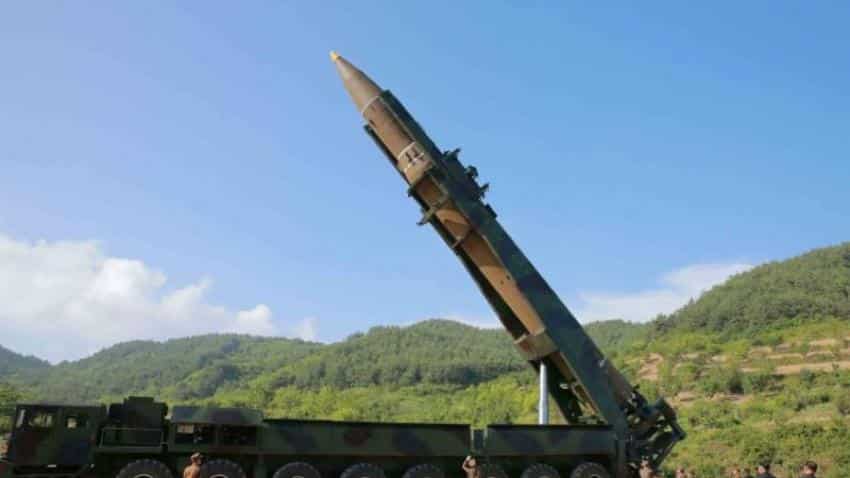 US Pacific Command in a separate statement said it detected no ballistic missile threat to Hawaii. Image source: Reuters
Written By: PTI

A ballistic missile warning system alert in Hawaii went off erroneously today creating panic among the islanders, even as the officials dubbed it a "false alarm".

At around 8.07 am local Hawaii time, an emergency alert was sent to all cell phones in caps. "Ballistic missile threat inbounds to Hawaii. Seek immediate shelter. This is not a drill."

About 10 minutes later, Hawaii Emergency Management Agency tweeted that there was no such threat. "No missile threat to Hawaii," it said. The second emergency alert went out at 8:45 am.

"There is no missile threat or danger to the State of Hawaii. Repeat. False Alarm," it said.

US Pacific Command in a separate statement said it detected no ballistic missile threat to Hawaii. "Earlier message was sent in error, it said.

White House Deputy Press Secretary Lindsay Walters said President Donald Trump has been briefed on the state of Hawaii's emergency management exercise. "It was purely a state exercise," she said.

Democratic Congresswoman Tulsi Gabbard said the people of Hawaii "just got a sense of the stark reality of what a nuclear strike on Hawaii would be".

Cell phones all across Hawaii got a message saying a ballistic missile is incoming, take shelter, she added.

"Over a million of Hawaii's people were faced with the immediate reality of having 15 minutes to find a place to "take shelter," wondering where do I go? What shelter is going to protect me & my family from a nuclear bomb? But there's nowhere to go, nowhere to hide," she said in a series of lengthy tweets.

"Everyone in America needs to understand that if you had to go through this, you would be as angry as I am -- I have been talking about the seriousness of this threat for years," Gabbard said.

The Congresswoman from Hawaii, Gabbard accused Trump of "posturing" and not taking nuclear threats from North Korea seriously and urged to begin direct talks with Pyongyang without preconditions.

"Donald Trump is taking too long. Now is not the time for posturing. He must take this threat seriously and begin direct talks with North Korea, without preconditions, to de-escalate and denuclearise the Korean peninsula. There is no time to waste," Gabbard said.

"The people of Hawaii should never have had to go through this. The people of America should not be faced with this threat right now. We need peace -- not political bickering. We have to talk to North Korea and find a peaceful path to get rid of this nuclear threat," she said.