The omicron variant of COVID-19, which had been undetected in the US before the middle of this week, had been discovered in at least five states by the end of Thursday. 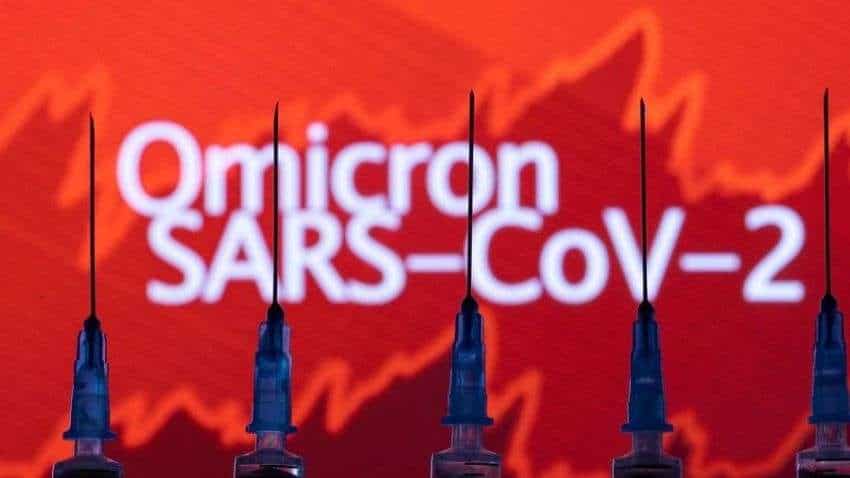 The omicron variant of COVID-19, which had been undetected in the US before the middle of this week, had been discovered in at least five states by the end of Thursday, showing yet again how mutations of the virus can circumnavigate the globe with speed and ease.

Just a day after the first known US case was found in California, tests showed the omicron variant had infected at least five people in the New York City metropolitan area, plus a man from Minnesota who had attended an anime convention in Manhattan in late November.

Officials reported another case in a Colorado woman who had recently travelled to southern Africa.

The variant was also confirmed in an unvaccinated Hawaii resident with no recent travel history, state health officials said.

Much remains unknown about the new variant, including whether it is more contagious, as some health authorities suspect, whether it can thwart vaccines and whether it makes people as sick as the original strain.

Health officials in each state said there was no cause for undue alarm. But the spread of the cases, some involving people who hadn't been away from home recently, meant the variant was likely already circulating domestically in some parts of the US.

We gotta assume there's a lot more behind that and that it has been here for a meaningful amount of time, New York City Mayor Bill de Blasio said at a news conference with Governor Kathy Hochul.

The infected New Yorkers included a 67-year-old woman on Long Island who had recently travelled to South Africa, residents of Brooklyn and Queens and another case possibly linked to travel. At least one person had received a dose of a COVID-19 vaccine but officials did not have details about the vaccination status of the four other cases.

In Minnesota, health officials said a man who had not travelled outside the US began experiencing symptoms the day after attending the Anime NYC 2021 convention in New York City. Minnesota Health

Commissioner Jan Malcolm said it's likely the man contracted COVID-19 at the convention, but officials did not know for sure.

Officials in New York said they were working to trace attendees of the convention, which was held Nov 19-21 and drew about 50,000 people, according to event organisers. Attendees were required to wear masks and show proof of having received at least one dose of a COVID-19 vaccine.

It was held at the Jacob K Javits Convention Centre as New York City prepared to host the annual Macy's Thanksgiving Day Parade and braced for throngs of tourists to return after the US opened up to vaccinated international travellers.

"This is not just due to people who are travelling to southern Africa or to other parts of the world where omicron has already been identified, Chokshi said Thursday.

The Minnesota man began experiencing mild symptoms Nov 22. He had been vaccinated and received a booster shot in early November, according to health officials in his home state. He sought COVID-19 testing Nov 24, and his symptoms have subsided, officials said.

Nov 22 was the same day the person infected in the California case returned to the US from South Africa. The California traveller, who was vaccinated, developed mild symptoms and tested positive Monday.

The adult infected with the variant in Hawaii had also gotten COVID-19 a year ago. The person isn't currently hospitalised and had mild-to-moderate symptoms including headache, body aches and cough, Hawaii Epidemiologist Dr Sarah Kemble said.

She wouldn't identify the patient other to say the person lives on the island of Oahu.

Omicron is classified by the World Health Organisation as a variant of concern as scientists work to determine how it may compare with the predominant delta variant in terms of transmissibility and severity.

Scientists also are studying the degree to which existing vaccines and therapies protect against omicron.

Scientists in South Africa first reported it, but the samples came from several countries in southern Africa. And health officials in the Netherlands now say it was found there prior to the South Africa detection.

As comfort over air travel returns, it's inevitable that new variants like omicron will spread from country to country and state to state, said professor Danielle Ompad, an epidemiologist at New York University's School of Global Public Health.

We shouldn't panic, but we should be concerned, she said.

Hochul said the case involving the Minnesota visitor underlined the need for everyone who is eligible to get vaccinated against COVID-19 or receive a booster shot if they have not already.

There is one way to address this  New Yorkers, get vaccinated, get boosted, and get ready, the Democrat said.