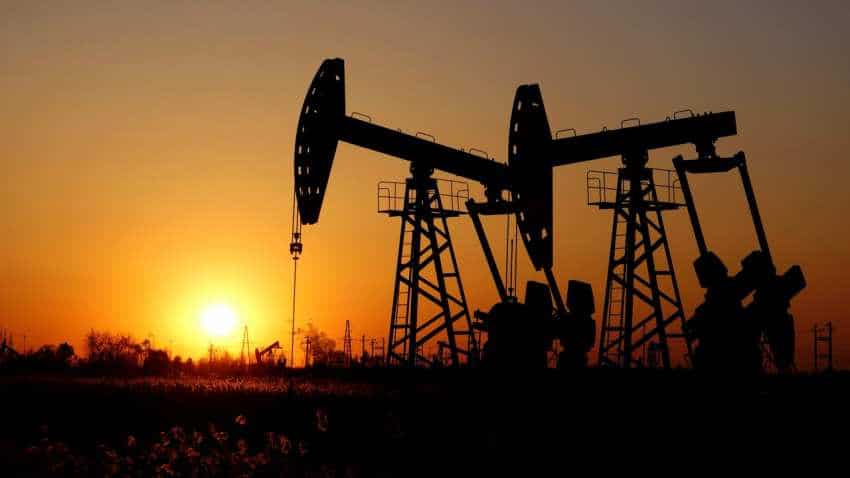 Tensions in the Middle East remain high after Iran seized a number of tankers in recent weeks in the Strait of Hormuz, a major chokepoint for oil shipments. Image source: Reuters

Oil prices tumbled nearly 4% to a fresh seven-month low, extending recent heavy losses following an unexpected build in U.S. crude supplies and fears of lower crude demand due to deepening U.S.-China trade tensions. Brent crude futures were down $2.17, or 3.7%, at $56.77 a barrel by 9:44 a.m. CDT (1444 GMT), setting a fresh seven-month low. Prices have lost more than 20% since hitting their 2019 peak in April.

US West Texas Intermediate (WTI) crude futures were down $2.06, or 3.8%, at $51.57. Brent has plunged more than 12% after U.S. President Donald Trump said last week that he would slap a 10% tariff on a further $300 billion in Chinese imports from Sept. 1, sending global equity markets into a tailspin.

"The market continues to trade lower on concerns about demand growth and the idea that economic growth can be impacted by the trade war," said Gene McGillian, vice president of market research at Tradition Energy in Stamford Connecticut. "The market isn`t concerned about anything other than how demand is going to play out through the rest of the year," he said.

The U.S. Energy Information Administration (EIA) earlier this week reduced its forecast U.S. demand for crude and liquid fuels, expecting it to rise 210,000 barrels per day (bpd) this year - 40,000 bpd lower than its forecast last month.

The agency also cut its forecast for global crude and liquids consumption by 0.1% for both 2019 and 2020. Meanwhile, U.S. crude production was set to rise 1.28 million bpd to 12.27 million bpd this year. "People saw those numbers and it put a negative vibe in the market," said Robert Yawger, director of energy futures at Mizuho in New York.

Trump on Tuesday dismissed fears that the trade row with China could be drawn out further. His comments failed to prevent shares in Asia from falling for an eighth straight session while London`s FTSE 100 gained 0.4%. But demand for safe-haven assets such as government debt underscored lingering anxiety over recession risks.

Tensions in the Middle East remain high after Iran seized a number of tankers in recent weeks in the Strait of Hormuz, a major chokepoint for oil shipments.