Oil prices were stable on Monday amid ongoing supply cuts by producer club OPEC, although markets remained tense amid concerns the Sino-U.S. trade war could trigger a broad economic slowdown. 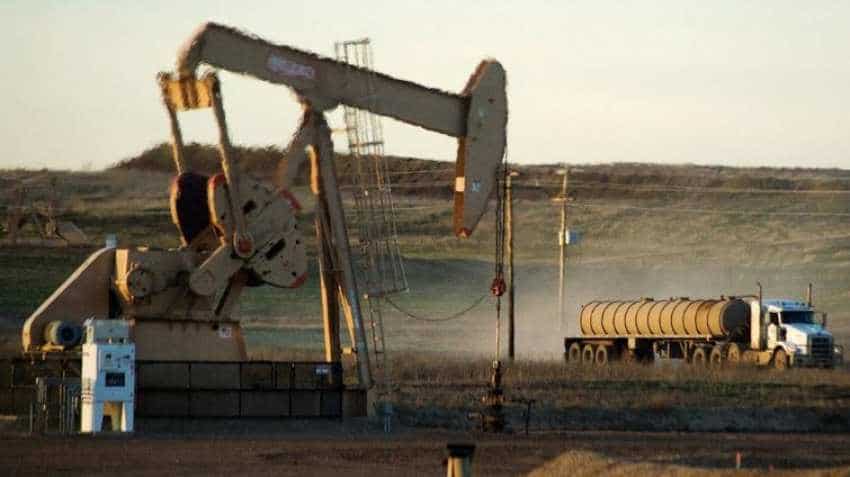 WTI crude futures were at $58.54 per barrel, 9 cents below their last settlement. Image source: Reuters

Oil prices were stable on Monday amid ongoing supply cuts by producer club OPEC, although markets remained tense amid concerns the Sino-U.S. trade war could trigger a broad economic slowdown. Front-month Brent crude futures, the international benchmark for oil prices, were at $68.79 per barrel at 0247 GMT, up 10 cents, or 0.2 percent, from their last close.

U.S. West Texas Intermediate (WTI) crude futures were at $58.54 per barrel, 9 cents below their last settlement. "The relative strength of the very short-end of the (price) curve likely reflects the market pricing in a known variable of lower supplies from OPEC+," said Edward Bell, commodity analyst at Emirates NBD bank.

A group of producers led by the Organization of the Petroleum Exporting Countries (OPEC), known as OPEC+, has been withholding supply since the start of the year to tighten the market and prop up prices. But Monday`s gain could not make up for falls last week, when both crude futures contracts registered their biggest price declines this year amid concerns that the U.S.-China trade dispute could accelerate a global economic slowdown.

"Some signs of low confidence are creeping into positioning data," Bell said. In oil futures markets, the trade war effect is better seen beyond the spot market. "The impact from a trade war is a more medium- to long-term issue and December spreads weakened sharply over the last week," he said. Beyond financial markets, there are also signs on the ground of a slowdown in growth in oil demand.

Amid the trade disputes between the United States and China, profits for China`s industrial firms dropped in April on slowing demand and manufacturing activity, according to data published by the National Bureau of Statistics (NBS) on Monday. China`s automobile sales, a key driver of global oil demand growth, will reach around 28.1 million units this year, unchanged from levels seen in 2018, when the country`s auto market contracted for the first time in more than two decades, state news agency Xinhua reported on Sunday.

The outlook for flat car sales may be too optimistic still, as monthly sales have so far declined for 10 consecutive months. A bright spot for carmakers, although not for the oil industry, is that sales of new energy vehicles are likely to grow by about 27 percent to hit 1.6 million units, from 1.26 units in 2018, the report said.