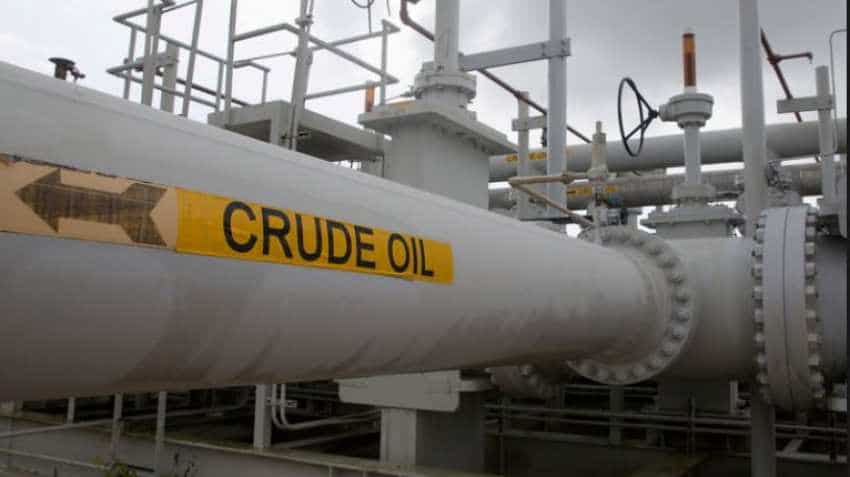 A fifth of global oil consumption passes through the Strait of Hormuz from Middle East crude producers to global markets. Image source: Reuters

Oil prices rose over 1% on Tuesday after top exporter Saudi Arabia said explosive-laden drones launched by a Yemeni-armed movement aligned to Iran had attacked facilities belonging to state oil company Aramco.  That move higher comes as the market waits for a report from the American Petroleum Institute (API), an industry group, which is expected to show U.S. crude stockpiles fell by 800,000 barrels last week, their second decline in a row, according to analysts in a Reuters poll.

That was the highest settle for Brent since May 6 and WTI since May 8 and caused the closing premium of Brent over WTI to rise to a nine-week high. Saudi Arabia said armed drones had struck two oil pumping stations in the kingdom on Tuesday in what it called a "cowardly" act of terrorism two days after Saudi oil tankers were sabotaged off the coast of the United Arab Emirates.

U.S. national security agencies said they believe proxies sympathetic to or working for Iran may have been responsible for the tanker attacks rather than Iranian forces themselves. Iranian officials denied responsibility. Tehran has been embroiled in an escalating war of words with the United States over stricter U.S. sanctions, which have cut its oil exports and tightened global supply.

A fifth of global oil consumption passes through the Strait of Hormuz from Middle East crude producers to global markets. "With rising tensions between Iran and the U.S., and with significant naval build-up in the region, markets are sensitive to news and can be tipped by the smallest signs of a conflict," said Mihir Kapadia, chief executive of Sun Global Investments.

The Organization of the Petroleum Exporting Countries said on Tuesday that world demand for its oil would be higher than expected this year as supply growth from rivals including U.S. shale producers slows, pointing to a tighter market if the exporter group refrains from raising output. U.S. oil output from seven major shale formations, however, is expected to rise to a fresh peak of about 8.5 million barrels per day in June, the U.S. Energy Information Administration said in a report on Monday.

The market was also holding out some hope for U.S.-China trade talks as both sides expressed positive sentiments, which may signal the negotiations are not yet dead.  The talks appeared headed towards success last week but have largely unravelled over U.S. accusations that Beijing sought vast, last-minute changes.

China on Monday ignored a warning from U.S. President Donald Trump and moved to impose higher tariffs on a range of U.S. goods including liquefied natural gas (LNG). "Volatile prices have remained the theme of today`s trading session. Heightened geopolitical tensions in the Middle East and anticipation that the United States and China could still reach an amicable solution to their trade dispute have rendered support to oil prices," said Abhishek Kumar, head of analytics at Interfax Energy in London.