Oil prices were mixed on Monday with U.S. benchmark WTI nudging higher after four weeks of declines, while Brent began the week lower as the fallout from trade tensions weighed on markets. 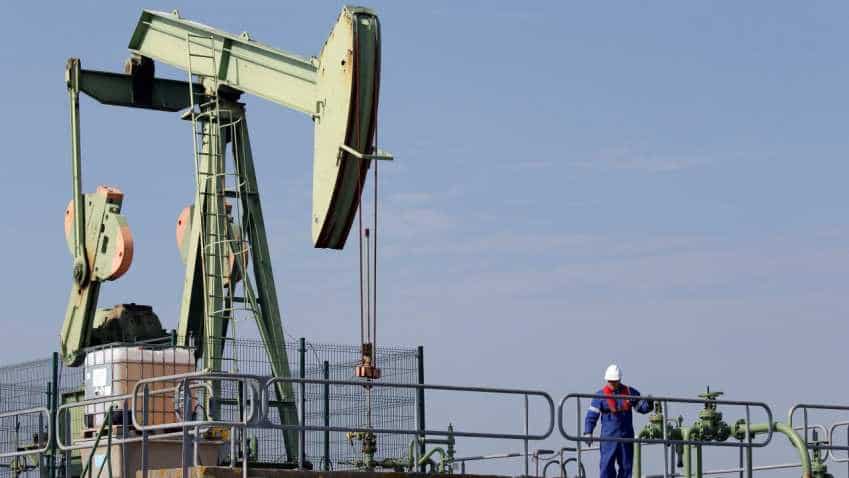 Oil prices were mixed on Monday with U.S. benchmark WTI nudging higher after four weeks of declines, while Brent began the week lower as the fallout from trade tensions weighed on markets.

Brent crude futures fell 5 cents to $74.24 a barrel, after notching up a 1.7 percent weekly increase last week, the first gain in four weeks.

The U.S. economy grew at its fastest pace in nearly four years in the second quarter, but trade tensions remain high between Washington and Beijing despite an easing between the United States and the EU.

"Concerns around the U.S.-China trade wars continue to weigh on prices, while the halt in Saudi shipments through the Red Sea waterway has seemingly failed to provide a bullish fillip," said Stephen Innes, head of trading APAC at OANDA Brokerage.

Saudi Arabia last week said it was suspending oil shipments through the Red Sea`s Bab al-Mandeb strait, one of the world`s most important tanker routes, after Yemen`s Iran-aligned Houthis attacked two ships in the waterway.

U.S. energy companies added three oil rigs in the week to July 27, the first time in the past three weeks that drillers have increased activity, data released on Friday that showed.

Hedge funds trimmed their bullish wagers on U.S. crude for the second week in a row to the lowest in nearly a month, data also showed on Friday, as oil prices remained volatile amid trade tensions and geopolitical risks.

The speculator group cut its combined futures and options position in New York and London by 11,362 contracts to 412,289 in the week to July 24, the U.S. Commodity Futures Trading Commission said. That was the lowest level since late June, the data showed.2.4 percent.

Russian energy minister Alexander Novak said on Friday the market remained volatile and responded to verbal interventions, adding that the market had priced in risks related to U.S. sanctions against Iran