Signs of rising tensions in the Middle East offset a weaker global growth outlook from the International Monetary Fund, which had kept prices largely flat for much of Tuesday`s session. 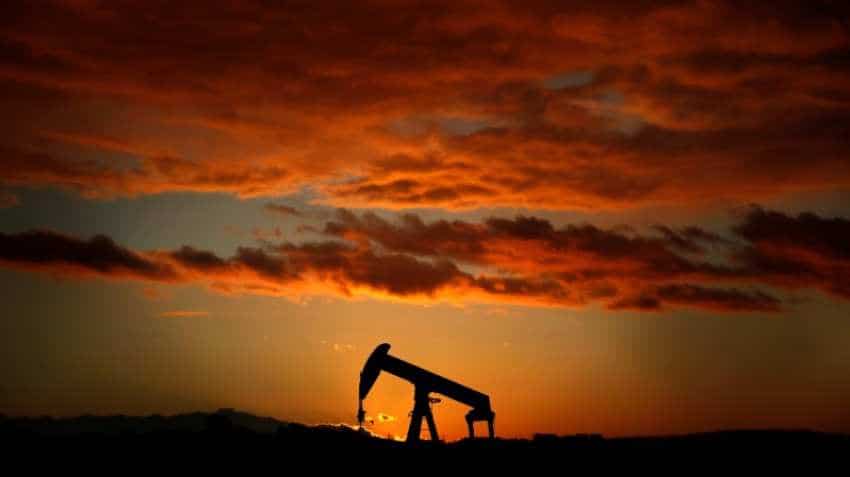 Oil prices rose on Wednesday, extending gains after an industry group reported a much bigger than expected drop in U.S. inventories, while the U.S. Navy said it may have downed a second Iranian drone last week. Brent crude futures were up 24 cents, or 0.4%, at $64.07 a barrel by 0049 GMT, after rising nearly 1% on Tuesday.

US West Texas Intermediate crude were up 22 cents, or 0.4%, a barrel, having risen about 1% in the previous session. US crude stocks fell more than expected in the week to July 19, declining by 11 million barrels to 449 million, the trade group American Petroleum Institute said on Tuesday.

The US government`s official figures are due Wednesday morning.

Signs of rising tensions in the Middle East offset a weaker global growth outlook from the International Monetary Fund, which had kept prices largely flat for much of Tuesday`s session.

Iran`s capture of a British oil tanker last week sparked worries about supply disruptions in the Strait of Hormuz, through which about a fifth of the world`s oil flows.

The United States had said a Navy ship "destroyed" a drone there after it threatened the vessel, but Iran said it had no information about losing a drone. "We are confident we brought down one drone, we may have brought down a second," General Kenneth McKenzie told CBS News in an interview.

The U.S. warship Boxer may have brought down a second drone last week, a U.S. official told Reuters on the condition of anonymity, although it was still to be confirmed.

The tensions come as the United States aims to cut off Iran`s oil exports and against the backdrop of supply cuts led by the Organization of the Petroleum Exporting Countries since the start of the year to prop up prices.