Oil prices edged lower on Wednesday after an industry report showed an unexpected rise in U.S. crude inventories, but losses were capped by ongoing supply curbs and issues affecting output from countries including Venezuela. 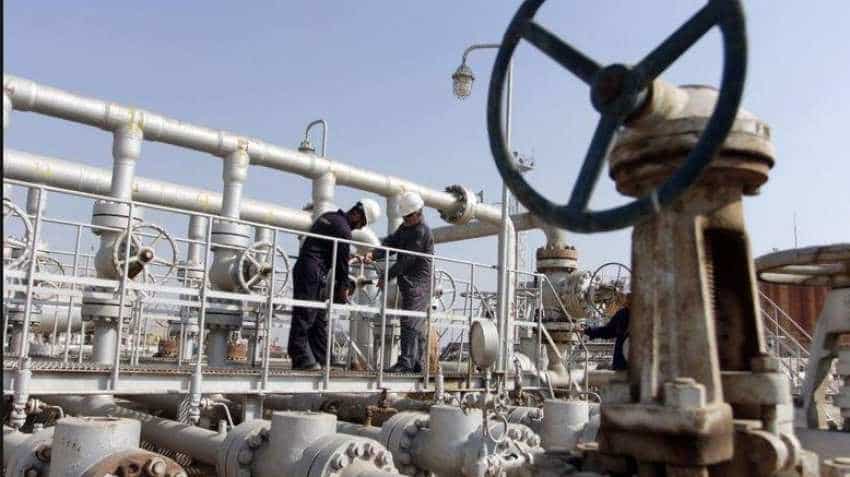 Oil prices edged lower on Wednesday after an industry report showed an unexpected rise in U.S. crude inventories, but losses were capped by ongoing supply curbs and issues affecting output from countries including Venezuela. Brent was down by 12 cents, or 0.2 percent, at $67.85 by 0010 GMT. On Tuesday, the global benchmark rose 76 cents to $67.97 a barrel, not far below its year-to-date high of $68.69, reached on March 21.

U.S. crude futures fell 9 cents, or 0.2 percent, to $59.85. The U.S. benchmark rose $1.12, or 1.9 percent, to $59.94 a barrel in the previous session. The American Petroleum Institute, a trade organization, said late on Tuesday that U.S. crude inventories rose 1.9 million barrels in the latest week, while analysts had forecast a decrease of 1.2 million barrels.

The market was waiting to see whether official figures due later on Wednesday would confirm the API data. Oil rose on Tuesday as Venezuela`s main oil export port of Jose and its four crude upgraders were unable to resume operations following a massive power blackout on Monday, the second in a month.

Oil prices have risen more than 25 percent this year, supported by supply curbs by the Organization of the Petroleum Exporting Countries and other major producers, along with U.S. sanctions on exports from Venezuela and Iran.

But worries about demand have limited oil`s rally as manufacturing data from Asia, Europe and the United States pointed to an economic slowdown.