The Organization of the Petroleum Exporting Countries and allies including Russia began to curb supplies in 2017. 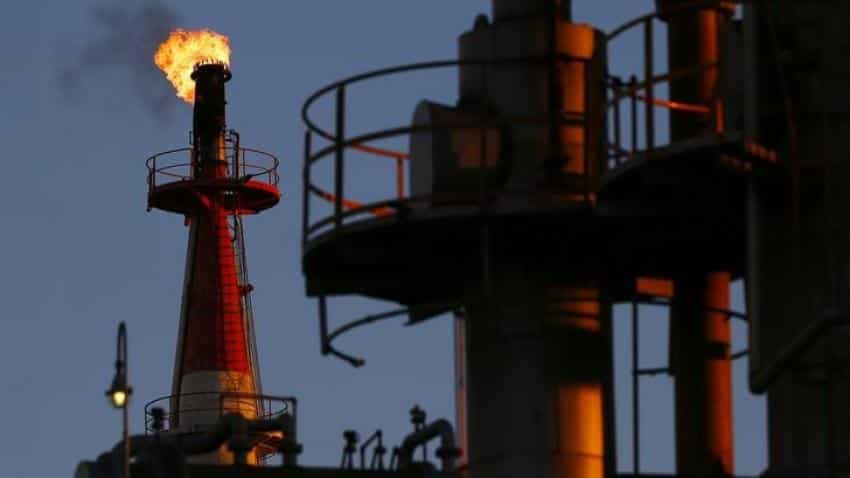 Oil hit $71 a barrel on Thursday for the first time since 2014. Image source: Reuters

Oil hit $71 a barrel on Thursday for the first time since 2014, supported by OPEC-led supply curbs, a record-breaking run of declines in U.S. crude inventories and a weaker U.S. dollar.

The Organization of the Petroleum Exporting Countries and allies including Russia began to curb supplies in 2017. An involuntary drop in Venezuela`s output in recent months has deepened the impact of the curbs.

"The continuous fall in U.S. oil inventories and the prolonged weakness in the U.S. dollar have done the trick," said Tamas Varga of broker PVM, referring to oil hitting a new high.

The supply cuts led by OPEC and Russia started a year ago and are aimed at getting rid of excess supply that had weighed on prices. They are set to last throughout 2018.

In a further sign the glut is clearing, U.S. crude inventories fell for a record 10th straight week to the lowest since February 2015, official figures showed on Wednesday.

Also supporting oil, the U.S. dollar hit its lowest since December 2014 against a basket of other currencies. U.S. Treasury Secretary Steven Mnuchin said on Wednesday a weaker dollar was "good for us".

"The depreciation of the U.S. dollar is also allowing oil prices to make further gains," said Carsten Fritsch, analyst at Commerzbank. "Almost every commodity class is being driven up by this extended dollar fall."

Casting a shadow over the oil rally is the spectre of growing output of U.S. shale oil, as higher prices encourage more investment in expanding supplies.

U.S. crude oil production is expected to surpass 10 million barrels per day (bpd) in February, on the way to a record ahead of previous forecasts, according to the U.S.government`s Energy Information Administration.