Oil output in OPEC member Libya has been repeatedly disrupted by factional conflict and blockades since the 2011 uprising that toppled veteran dictator Muammar Gaddafi. 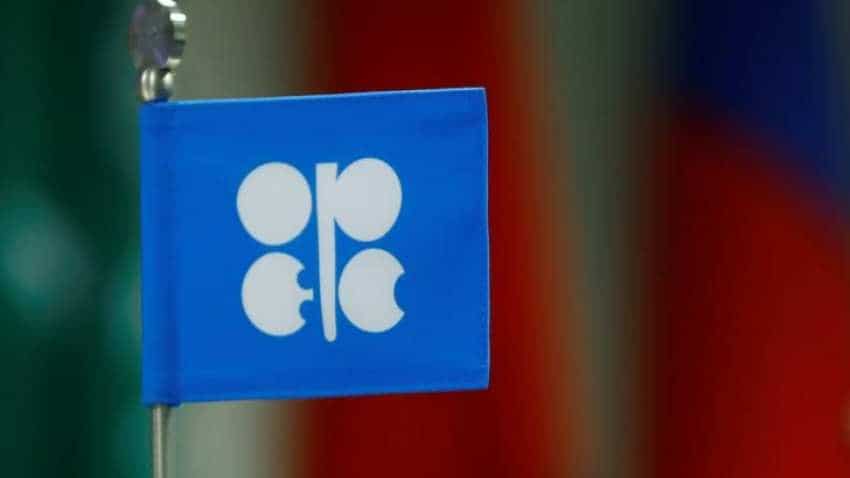 Donald Trump`s remarks initially triggered a sell-off, putting a temporary ceiling on a 40 percent price rally since the start of the year. Image source: Reuters

Oil prices edged higher on Monday, as the market attempted to resume a weeks-long rally that was halted on Friday when US President Donald Trump demanded that producer club OPEC raise output to soften the impact of US sanctions against Iran. Brent crude futures rose 30 cents, or 0.4 percent, to $72.45 a barrel by 12:57 p.m. ET (1657 GMT). U.S. West Texas Intermediate (WTI) crude futures climbed 28 cents, or 0.4 percent, to $63.58.

Both benchmarks fell by about 3 percent on Friday after Trump told reporters that he had called OPEC and told the cartel to lower oil prices, without identifying who he spoke to, or if he was speaking about previous discussions with OPEC officials.

Analysts and market participants downplayed the comments as details were unclear. "No representative of OPEC or the Saudi government has come forward to acknowledge any discussion in this regard," said Jim Ritterbusch, president of Ritterbusch and Associates.

"This obvious effort to push gasoline prices down has been attempted previously by Trump and while forcing an initial price decline, such pullbacks have been followed by fresh price highs, sometimes within a matter of days."

Trump`s remarks initially triggered a sell-off, putting a temporary ceiling on a 40 percent price rally since the start of the year. The slide was exacerbated by technical factors including an excessive speculative long position in U.S. crude, analysts said.

Speculators raised their combined futures and options net long positions in New York and London by 24,078 contracts to 326,818 during the week to April 23, the highest level since early October. That was the ninth consecutive increase.

The rally in oil prices had gained momentum in April after Trump tightened sanctions against Iran by ending all exemptions previously granted to that major buyers.

US sanctions against Iran`s oil industry will damage the stability of global oil markets, a senior Iranian official was quoted as saying on Monday.

"These sanctions are an example of America`s bullying reaction to the change of the balance of power in the world," Amir Hossein Zamaninia, a deputy oil minister, said in a report carried by the oil ministry`s news website SHANA.

US sanctions on Venezuela are also working to tighten global supply as fighting in Libya threatens to curb output there as well.

Oil output in OPEC member Libya has been repeatedly disrupted by factional conflict and blockades since the 2011 uprising that toppled veteran dictator Muammar Gaddafi.

"We are dealing with a market that`s not actually short of supply but is short due to politically-motivated action, and we know how quickly that can be turned around if necessary," Saxo Bank analyst Ole Hansen told Reuters. "Being a bear in the market is a very lonely place now."

Traders said the market was shifting focus to the voluntary supply cuts led by OPEC, the de facto head of which is the world`s top oil exporter, Saudi Arabia.

"We are of the view that Saudi Arabia will increase output as soon as May, something they were likely to do anyway in the lead up to summer," ING bank said.

It added that Saudi could increase its output and "still be in compliance with the OPEC+ deal for the month of May."

"We believe that the (fall in prices) is probably due to the situation on the futures market being currently overbought," Commerzbank wrote in a note.

"Consequently, even small levels of uncertainty can spark a more marked price response. However, because the supply situation remains tight a renewed price rise is probable."